The Battle of Broughton

On Wednesday, Paul Jacobs spotted a Google Street View car in his village. 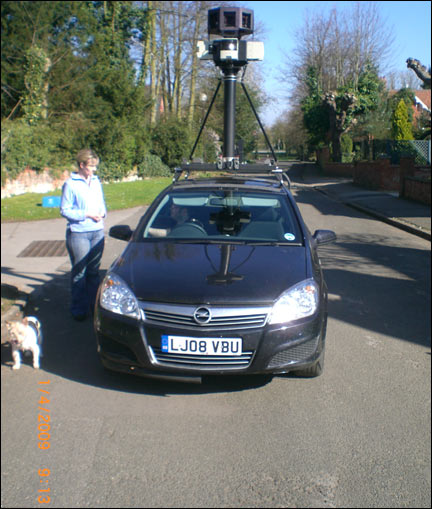 It was executing a nifty turn in the dead-end street just outside his home, and that made him cross, because it appeared that the camera mounted on a pole was peering over his high fence to get a view. He and a neighbour John Holmes rushed out of their homes to confront the driver.

A short while later - after an amicable chat with the man from Street View - the car left this quiet village outside Milton Keynes. It appeared that Broughton could rest easy, with no prospect of cameras shoving their lenses where they're not wanted and invading the privacy of this quiet backwater.

Two days later, I'm here with a large BBC satellite truck and a cameraman - and at least two other camera crews have been spotted in the village this morning. The village was also featured in the local papers yesterday and much of the national press this morning. So how private is this place now? 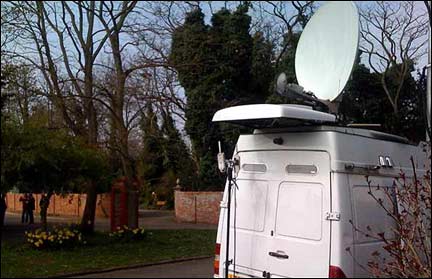 But make no mistake, the battle of Broughton is another embarrassment for Google - and gives us another interesting angle in the debate over privacy. Just hours after Street View was launched last month, complaints were already coming in about unblurred faces and embarrassing incidents caught on camera.

Google acted quickly to deal with those issues and it appeared that the controversy was over. Millions of us have been using the service - not so much, I suspect, to visit landmarks but to check out that house we used to live in years ago and tut-tut over the nasty shade of paint the new owners have chosen for the front door.

But now - for the first time, as far as I can see - a whole village has revolted. Paul Jacobs insists he's no Luddite or Nimby - and uses Google himself for navigation. He just feels they've overstepped the mark, coming a little too close with their cameras. "I've no objection to them taking wide shots of vistas - it's when they're taking close-ups of people's homes, that crosses the line." His neighbour John Holmes puts it more firmly - "an Englishman's home is his castle" - and wants Street View out of the village altogether.

You may point out to them that estate agents pictures of people's homes are widely available on the internet - they'll respond that those shots are taken with the owners' agreement.

Google says it isn't breaking any law by taking these pictures - they're always shot from the public highway. And by agreeing to black out homes if people aren't happy to have them shown, they're going further than they need to. After all, if you or I want to take a picture in the street and then post it online, there's nothing to stop us.

But what Google is finding again is that its sheer scale and reach makes people nervous. So the people of Broughton seem relatively relaxed about having our cameras pointed down their street. But the idea of any one of Google's hundreds of millions of users making their way down the village streets and peering over the hedge? That, they believe, is a step too far.