A number of readers of this blog and my Twitter followers were kind enough to suggest different ways to test our 50Mbps cable broadband connection, as part of a Speed Diary I've been carrying out over the last week. 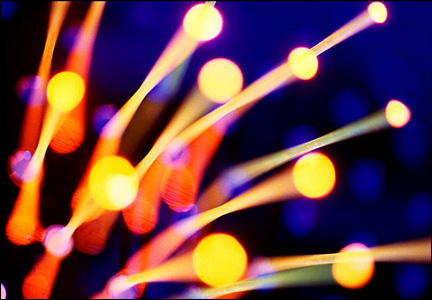 So here they are. I should also point out that I performed all of these tests over a wireless connection. They would have been faster over an Ethernet connection.

Try using a download manager and downloading a file from ftp.virginmedia.com then uploading it to /incoming

There are a number of game demo files sitting on the Virgin FTP (File Transfer Protocol) site and I was able to easily saturate the downstream speeds getting very close to the 50Mbps upper limit. Each of the five files I simultaneously downloaded was coming down at almost 1.0MB per second.

On the upload site I was getting around 1Mbps.

Two readers suggested downloading some TV programmes via BitTorrent and The Pirate Bay. One reader said: "In the name of journalistic research and only to watch Beeb programs of course."

Given the current court case against The Pirate Bay going on in the Swedish courts, it is probably not a good career move to be downloading any unauthorised content via The Pirate Bay, even material from my own employer without permission.

So I used LegalTorrents.com to download some video files covered under a Creative Commons license for free distribution.

A 900MB file being shared by 25 peers on BitTorrent came down the pipe at about 400 to 500KBps in about 40 minutes. In my experience the more seeders there are on BitTorrent sharing a file, the quicker it tends to arrive so a more popular file would have been downloaded faster.

A number of users suggested downloading files from news servers, such as Giganews and the Virgin Media news server

News servers pre-date the World Wide Web and are both text discussion boards and a method of distributing large files, often it has to be said copied movies, TV programmes and music. But there are also game demos, and copyright-free material to be found.

The advantage of news servers over tools like BitTorrent is speed. Most providers of news servers have incredibly quick connections and downloading files is often only limited by the speed of your own broadband connection.

I downloaded a 350MB file from both GigaNews and the news server operated by Virgin Media. The file downloaded via GigaNews came down the pipe at between 4MB per second 4.2MB per second, which is pretty much the top end of my connection speed.

The Virgin Media news server was a little bit slower - with a minimum of 1MB per second and a maximum of 3.9MB per second.

How about a download of a large game/demo on a console?

So how quickly can you download files from a service like Xbox Live? I selected the demo of strategy game Halo Wars to download, a file over 1GB in size.

The demo was downloaded and playing on my Xbox 360 in under eight minutes.

What are the speeds like when e-mailing high resolution images, such as 50MB photos?

It is very difficult to find a mail service that will accept files as big as 50MB, and it is probably more advisable to use FTP, BitTorrent or a file transfer service like YouSendIt, or SendThisFile.

Google Mail accepts attachments up to 20MB in size. I sent two JPGs of about 8MB in size each using Google's mail service. The files left my outbox within five minutes.

How about streaming video on 2-3 clients simultaneously? Can it cope?

I wrote about this last week. To recap: I streamed the BBC's iPlayer across three machines with little difficulty but as soon as I threw in some background downloads of large files then the picture started to stutter on one of the machines.

Last week I used the connection to play some First Person Shooter games with some mixed results. I don't have a copy of Forza 2 but I do have a copy of Project Gotham Racing 4. I hosted a number of races and all of the gamers in my session reported the session was lag free.

Schedule daily speed tests and record the results over time to see if, as the success of the service increases the quality does not decrease (something that has often been seen in cable broadband).

Virgin says there is no bandwidth throttling on the connection of users of its 50Mbps service - something that is not true of its other connection speeds.

I took readings of the connection speed from a number of different measurement tools across the week and found there was a slight variance in the speed.

On wired connections, the tests revealed that the speeds varied from 36Mbps to 48Mbps over the period.

On wireless connections - once I had fixed my router issues - the speeds varied between 25Mbps and 46Mbps during the week.

There was one reader request that I was not able to help with, however.

Could you download the internet for me and put it on a CD please?

I think I draw the line at that test.

Finally, having the luxury of a 50Mbps service has reminded me how much has changed in term of connection speeds in the last 25 years that I have been online.

I stumbled across my first ever modem recently - a Commodore 64 Communications modem that I used to connect to Compunet when I was a teenager. 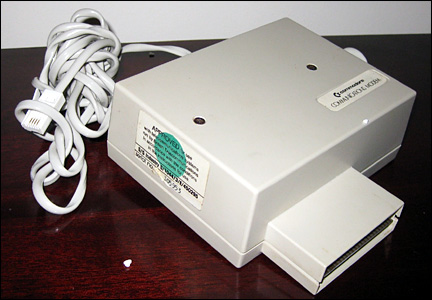 This was a 1200/75 baud modem which means, if I've got my calculations right, that the maximum downstream speed I could have reached was about 1Kbps.

That means that I had been using that modem today and tried to download the Halo Wars demo - it would have taken about 97 days to download, rather than the eight minutes on the 50Mbps connection.

I think it is safe to say that we have made some great leaps in terms of internet connection speeds over the last 25 years.