Since our story on World of Warcraft "addiction" was broadcast, I've been contacted by a number of angry gamers - including a BBC colleague - who charge me with painting a tired, cliched picture of their pastime and say "addiction" isn't a word that can be applied to obsessive gamers. So here's how the story came about. 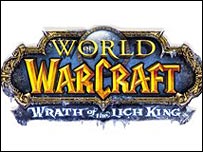 When we started planning our treatment of the Wrath of the Lich King expansion a few days ago, it was going to cover fairly obvious angles - a global gaming phenomenon, with 11 million players from a wide age range, sets out on a new quest, which could reap its owners even greater heaps of gold than they've already accumulated.

Then my colleague Chris Vallance from iPM forwarded me two e-mails his programme had received. They were both from teachers who were deeply worried about the impact that online games were having on some of their teenage students. Each said that they'd seen students become addicted - and that had led to some dropping out of their studies. And once those messages became a topic on the iPM blog, it was World of Warcraft that was being fingered as the main source of concern.

I began to research the topic of Warcraft "addiction" further - and soon messages were flooding in. But the one that convinced me that this was a real story - not just a "games are evil" scare - came from the Tavistock Centre in London.

Dr Richard Graham is a very experienced psychiatrist who has been treating troubled adolescents for many years - the very opposite of a tabloid bandwagon-jumper. But, in very measured terms, he explained that he had been seeing an increasing number of clients for whom addiction to online games - and that meant almost exclusively World of Warcraft - was a real problem.

He described how the teenagers lived their lives almost exclusively in this virtual world, falling behind with their studies, damaging their health, and failing to engage with their peers in the real world. "One young man described vividly to me a sense that having achieved very high success in the game, when he switched off he felt downgraded." The real world, it seems, does not retain any appeal for some who feel they can achieve more in World of Warcraft.

The young people he meets are putting in quite extraordinary hours "in-game": "Some of my clients will discuss playing for 14 or 16 hours a day without breaks and for those the consequences are very severe." And he pointed out that these were only the people who made it to his consultations - some others never turn up because they don't want to lose time that could be spent online playing the game.

After meeting Dr Graham, I headed down to the store where hundreds were queuing for the midnight launch of "Wrath of the Lich King." There were plenty of people in their 20s and 30s - and even older - who insisted, with some justification, that this was a hobby like any other. A couple who had travelled down from Gateshead to be at the launch laughed at the idea that they were "addicted". If they chose to spend their evenings on a World of Warcraft raid - quite a social experience - rather than down the pub, how did that harm anyone? Good point.

But there was also a clutch of teenagers, expecting to get the expansion and then stay up half the night playing it. They told me that it wouldn't affect their studies - and their parents were mostly cool about it. For the majority that's probably true, but according to one study 10-15% of players do end up getting addicted.

Dr Graham says part of the problem is that young people now face so many demands at school that games can be an escape: "They experience a heightened sense of reality that is more stimulating than the drudgery of homework." But he stresses that it's no use being a Luddite about online games. "We need to engage with young people to think about these worlds they inhabit as that might help us create more of a dialogue with them when they are running into difficulties."

Blizzard, the makers of World of Warcraft, say the game has been given a "rest" system, which rewards players for taking a break. Paul Sams of Blizzard says parents have also been empowered: "We've put in a robust parental control system so that parents can control how much time their kids play, and when they play and it's all managed."

Millions of people are going to derive hours, days, even months of fun from Wrath of the Lich King. But for a few it will become a dangerously addictive world where they spend far too much of their time. And I don't think it is irresponsible to report that story.