Technology - is the party over?

My job for the last couple of years has been to cover technology stories for the BBC on TV, on radio and on this blog. But before that I spent many years as a business correspondent, covering stories from the late 80s housing crash through to the battle over the ownership of Marks and Spencer. In recent weeks, as the financial crisis deepens, I've been called back to my old job from time to time. 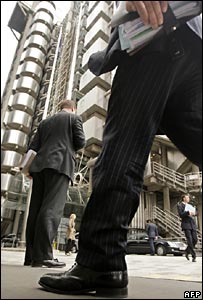 And what I've found is that the contrast between the mood music in the City and that in the web 2.0 world could not be more pronounced. In the former, the frenzied festival of lending and borrowing is over, the band has gone home, and many of the guests are being sick in the bushes.

In the technology world, however, shiny new business models are unveiled by the day, companies boast of raising millions in new capital despite still being "pre-revenue", let alone pre-profit, and you can find a new networking event every night of the week where entrepreneurs and venture capitalists circle each other in an intricate mating dance.

But perhaps, just in recent days, the music has been slowing down. Over the weekend, the tech community was circulating an e-mail from Jason Calacanis, a noted web entrepreneur and blogger, who is predicting that the collapsing US economy will kill between 50 and 80% of start-ups over the next 18 months. This unsurprising verdict - after all most start-ups do fail - nevertheless resulted in heaps of ordure being poured upon his head by those who take a more optimistic view.

But what worries me more are the echoes I'm hearing from the last dotcom boom and bust. Back in the summer of 2000, as technology shares started heading south, everyone I met in that world thought this was a very healthy phenomenon. The entrepreneurs told me that there had been far too many crazy ideas around, and that they would now find it easier to get a hearing for their eminently sensible business plans. The venture capitalists said they still had a pile of cash from investors, and as valuations were now looking more sensible they would be able to deliver better returns. And the investment analysts said that, now some of the froth had been blown off tech share prices, the market would settle down. They were all misguided of course - shares continued to plummet, dotcoms died by the dozen, and we had two or three years of nuclear winter for technology entrepreneurs and investors.

The same kind of wishful thinking has been apparent in the last few weeks, from the new media headhunter who told me that clients were still desperate to recruit the right people, to the technology start-ups who insisted that events on Wall Street or at Canary Wharf would not affect their ability to raise cash. Similarly, major technology businesses like Intel and Dell started the year telling the world that they were well placed to weather any general economic downturn.

But over the last month the stockmarket has begun to question that rosy view. Shares in Apple are down by more than 25% in September, Nokia has tumbled by a similar amount, and the FTSE Techmark index - measuring leading UK technology shares - is down more than 10% in the last four weeks.

Ah, but things are very different from 2000, according to the optimists. This time around we are talking about companies that have got a proven business model, with surging online advertising now providing a solid foundation for the web economy. That may be true for the likes of Google, but are we quite so sure that hard-pressed advertisers will provide enough dollars to fund all of those web 2.0 companies that have no other visible means of support? And wouldn't it be better if a business like, say, Facebook was going into this downturn having proved that it could generate soaring revenues as well as plenty of traffic?

It does seems unlikely that the bubble will burst in quite the same way as it did last time. After all, the hot money that went into dotcoms in the late 90s went into the housing market rather than technology this time around.

But harder times are definitely coming, and I'm a bit worried about one possible casualty of any deep downturn in the technology industry. Early in 2000, my BBC bosses briefly made me internet correspondent, just as the dotcom madness neared its peak. By the end of the year they had decided that the internet was "over" - as a story at least - and sent me back to the business beat. Let's hope that history does not repeat itself too exactly - and that my bosses aren't reading this.

I wrote this over the weekend, with the markets closed. Now, after another very scary day. for the world economy, it is 2130 on Monday. The FTSE and the Dow have both seen very sharp falls. But look at the NASDAQ - which measures technology stocks. Down even more sharply - over 9% on the day. Apple's shares fell by 17%. Far from bucking the gloomy trend, technology shares have performed even worse than the rest of the market.
And no, I'm not saying that innovation will stop or that good new technology firms won't still break through - in Web 2.0 and other areas. But it's hard not to think that the climate for start-ups is going to be pretty tough for a while.