Facebook has made it to number one in the world's social networking league. That at least is the verdict of comscore, which says that a year of extraordinary growth has pushed Facebook ahead of MySpace in terms of users. 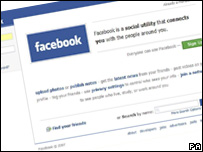 Which may come as something of a surprise to those who got excited about all that poking and scrabbling during a brief flirtation with Facebook last year - but thought it had gone the way of the hula hoop and CB radio.

As someone who got heavily - perhaps obsessively - involved in Facebook a year ago, I can't help noticing that it seems to have gone very quiet lately. I still use it quite regularly, but many of the 400 or so people in my personal network seem to have given up on it, with most of the tech crowd heading off to Twitter instead. A day ago I sent a poll to all of these "friends" asking them whether they were still around and whether they visited Facebook more than once a week. So far only a handful have responded, which suggests that either they have left Facebook, or that they are bored witless with pointless polls.

But a better indication may be that only around a quarter of my friends have updated their Facebook statuses in the last 24 hours, whereas a year ago there was a ceaseless flow of "news" about their activities. Like all journalists, I tend to extrapolate from my personal experience - but I think in this case I'd be wrong. While the middle-aged media folk in London may have moved on to something else, it seems Facebook is still growing in popularity amongst the young.

When I visited Dundee University last week, a student told me it was still seen as an indispensable part of campus social life. But it's the rapid spread of Facebook amongst young professionals in countries like India which has helped it to the number one spot. One US blogger is questioning whether these users are as valuable to advertisers as networkers in America - where MySpace is still well ahead - but I don't imagine Facebook will be too fussy after a year which has seen it become a global brand.

MySpace is responding today with a revamp of its home page - out next week - and is promising what it calls "a summer of innovation". It sounds as though the network has heard the calls for a cleaner, less complex interface, with a promise that you will be able to change the look of your profile with one click.

But it seems to me that the social networking scene is settling down into separate camps. The very young are with Bebo. The music crowd is still on MySpace. The obsessive technophiles are on Twitter - latest Tweet from one sad West Coast blogger: "I have 3,500 unanswered direct messages. Please do not send more." But the mass of students and young professionals seem to be gravitating towards Facebook. It may be "over" in the coffee-bars of Islington, but from Manchester to Mumbai, Facebook marches on. All it needs to do now is start selling serious amounts of advertising - which may be more of a challenge.