Seriously it is just not becoming for grown people to get so so so worked up about a phone. 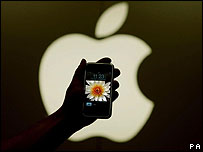 There is less than a week to go before Apple guru Steve Jobs saunters on stage at the Moscone Conference Centre in downtown San Francisco and puts an end to the frenzy that has ensued for weeks and weeks about the latest edition of the iPhone.

Don't shoot me but I admit that I have added to the hype by reporting on the hype. And here's some more.

The internet is simply awash with real or fake photos, depending on what you want to believe, is the new 3G iPhone. Case makers have already been turning out cases based on these photos apparently.

One fabulous rumour is that the iPhone has already shipped and is waiting under guard, presumably armed and dressed from head to toe in black, at some warehouse in Fremont in the East Bay.

But then that is also countered by another claim that the iPhone is sitting in a factory in Taiwan. Or the rumour that it hasn't even been made because there is a shortage of parts. Quelle Horreur!

There are also claims the new phone will have 3G, won't have GPS, will have GPS, will/won't have Bluetooth, will be thinner, fatter, dearer, cheaper, have more plastic, more chrome, be blacker, no wait red and definitely cooler than any other darned product on the planet. 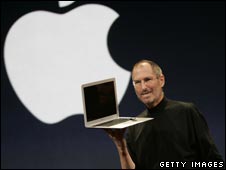 And just in case you are not convinced that the new 3G phone is on its way, stop the presses because the news is that an advert for this much anticipated piece of mobile gadgetry was shot at the Apple store in Manhattan.

Apple blogs were alight with gossip and convinced by their supposition because the iconic cube store had never closed before except for two other times when the company launched the original iPhone and OSX Leopard.

So how does that affect the rumour that Apple admen built a full size replica of an Apple store on the Warner Bros lot to film an advert for the Apple Developers shindig next week?