Analysts like to make waves. After all, if what they say lacks impact, then no-one pays attention.

So how about this prediction from Forrester: "Apple Inc. will become the hub of the digital home by 2013."

Forrester says Apple will evolve an "integrated digital experience" based on eight pillars.

Four of them you will probably recognise:

Four of them are, ahem, guesswork from Forrester: 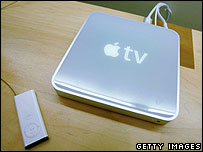 Now, I can certainly believe that Apple is working on a home server product, that's not really a big prediction. It's merely an extension of Apple TV and the Time Capsule wireless storage device it already ships.

But an AppleSound universal music controller? Do they mean a remote control? I'm not even sure why this is needed.

And can anyone else envisage Apple selling digital photo frames or alarm clocks? Nope, me neither.

And Apple offering in-home installation services? Erm, isn't the whole point of Apple's products that you don't need professional installation help? And what would people be installing exactly?

These predictions strike me as off key for a number of reasons:

1. I don't see Apple displacing satellite and cable firms so radically. In fact, I see more disruption of Apple's business by set-top box providers than the other way around.

2. Apple TV remains a work in progress and hasn't proved its potential.

3. Content providers are now very wary of doing deals with iTunes that leave them at the mercy of Steve Jobs. The music industry is doing everything in its power to break iTunes' hold. The film and TV industry won't make the same mistake

4. Open standards will triumph. I don't believe that "lock in" systems will ever work as the glue between our devices.

5. I don't think one company will ever be the hub. Interoperability will mean that we can cherry pick our devices and our content will run between them all.