Our intrepid couples took on some daring routines in Week Two with the first Paso, Salsa and Charlestons and our first nine of the series from Bruno for Ashley and Pasha.

The scores from last week’s show were added to this week’s to give a possible maximum of 80 points for each pair ahead of the first public vote and that dreaded Dance Off.

Last week’s joint top scorers continue to dominate the leaderboard. Ashley and Pasha's Cha Cha took them to the top with 61 points followed by Faye and Giovanni not far behind on 60 with their Viennese Waltz.

Susannah and Anton weren’t able to improve on last week’s score of 12 with their Foxtrot so remain at the bottom of the leaderboard with a total of 24 points. They’ll be hoping the public enjoyed it more than the judges.

Who do you think deserves to sail through to Movie Week? Tell us below and be sure to catch the first results show, tomorrow (Sunday) at 7.15pm on BBC One! 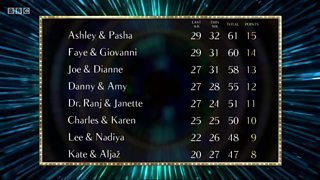 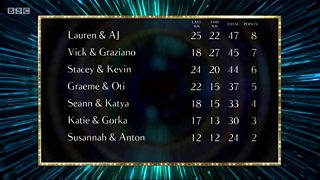 Who will be first to leave Strictly 2018?