Support The A Team

With looks good enough to make Brad and Angelina feel self-conscious, this gorgeous pair did justice to their team name in Week One. Heading straight to the top of the leader board with their stunning Waltz, Len exclaimed "Abbey, that is the dance of the night." Week Two saw Abbey's nerves creep in and after a respectable score of 30, Darcey reassured the model with the words, "You can dance Abbey. You just have to trust your partner and relax."

Week Three saw Abbey and Aljaz awarded their lowest score yet of 28 for their lively Jive, but since then their performances have seen them awarded consistently high scores in the mid 30's. After their shock placing in the dance off in Week Six, they returned to wow us with an incredible 'Cabaret' themed Charleston in Week Seven which earned them their highest score yet of 36, but what's next for The A-Team?

Show your support for The A Team by leaving your comments below. 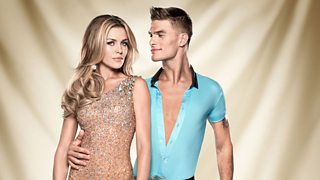