The Paralympic champion said: “I’m so proud to be on the show, it’s my family’s favourite show. I have no dance experience at all, but I hope I can do well. I want to inspire people with a disability- that would mean a lot to me. I want to prove to people I can do this.” 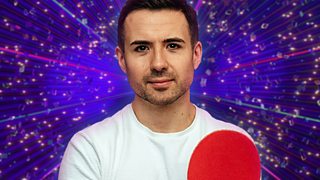 In January 2017 Will was awarded an MBE for services for Table Tennis and is currently training to defend his Paralympic title at the Tokyo 2020 games. He recently won Gold at the Japan Open 2019. Will has suffered from arthrogryposis since birth, a rare condition which affects all four of his limbs. Will is classified as a Class 7 Paralympic athlete and was one of the stars of London 2012 and Rio 2016 games, winning consecutive silver and gold medals.

Viscountess Emma Weymouth is our eighth celebrity for Strictly 2019