Revealed! Our couples' Week One songs and dances 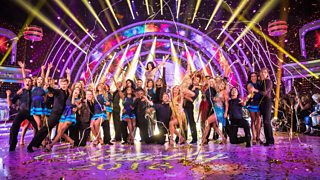 We're now just days away from the first live show of 2018, so we can finally reveal the dances our couples have in store and the songs they'll be shaking their stuff to!

From Whitney to Kylie, and Tom Jones to Timberlake, Week One is going to be full to the brim with toe-tapping tunes and (hopefully!) some amazing moves to match.

So without further ado, here's how their dancefloor debuts will look and sound:

We don't know about you, but we can't wait to see these routines come to life! And with no public vote this weekend, our couples will be able to dance the night away without worrying about their fate until Week Two.

Tell us what you think of their first songs and dances in the comments, and be sure to follow each pair's progress on Twitter, Facebook and Instagram. We'll see you Saturday on BBC One at 6.15pm!