When Chelsea manager Andre Villas-Boas trudged off the pitch at the Stadio San Paolo in Naples on Tuesday, you could hardly say he was heading for the sanctuary of the dressing room.

After another defeat, this time to Napoli, it is in the dressing room that his problems seem to lie.

I like Villas-Boas. He was a bit sparky when I suggested to him that Chelsea were not the better team against Manchester United recently, but we agreed to disagree with a firm handshake and a sort of smile.

When you take into account that he conducts all this verbal sparring with the media in a foreign language, he is all the more impressive. 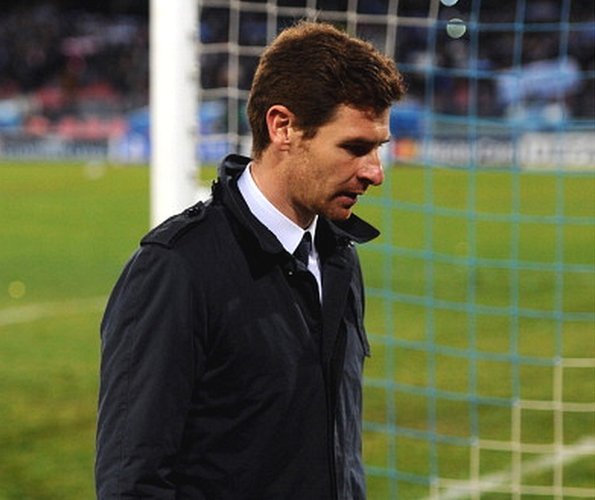 He certainly doesn't lack self-belief, or bravery. To leave Frank Lampard and Ashley Cole out of his side in Naples suggests a strength of character which will stand him in good stead in the future.

He has only been a manager for little more than two years and he will be an outstanding manager in the years ahead - but where will that future be?

His call for Roman Abramovich to make public the support he says he has been given in private has, so far, fallen on deaf ears.

The former Porto boss seems to be in a battle for control with some elements at the club who are, at best, ambivalent towards him. If Abramovich were to make it clear that there can only be one winner in that battle, then those dissenters would either have to like it or lump it.

The silence from the top continues to be deafening, and that is undermining the manager.

Forget this being Villas-Boas's biggest test, I make this Abramovich's biggest test in football too. In appointing a 33-year-old, the Russian went out on a limb - now does he have the conviction to back his man against an internal chorus of disapproval?

Abramovich can certainly afford to go through the whole expensive firing and hiring process again. After all, it has been suggested recently that he may have spent more on boats than football in the last couple of years.

But while Villas-Boas is fighting for his Premier League future, there is no doubting who holds the power at Manchester United.

I enjoyed listening to 70-year-old Sir Alex Ferguson sit down with DJ Spoony to talk about his life and times and, no doubt, to catch up on the UK garage music scene.

When he saw Spoony's interview request, Ferguson probably had to check with some of his squad that it was not a wind-up. I can hear it now, "Aye, but I cannae call you that, what's your real name, son?"

In the interview, Ferguson said he will have another two or three years in charge before taking an ambassadorial role at the club. I'll believe it when I see it.

It would not surprise me one iota to see Fergie as manager at Old Trafford beyond that.
Bobby Robson went on past 71, Craig Brown will be 72 this summer and is still the boss at Aberdeen and, in the German Bundesliga, Hertha Berlin have this week appointed Otto Rehhagel as their manager and he will be 74 in August.

It seems there is plenty of life in the old dog yet.