Cut the men in black some slack

I'm not sure that there is a European president, a cabinet minister or a city banker anywhere who is doing a tougher job under more critical scrutiny just now than Premier League referees.

Every weekend there is a catalogue of evidence made up of slow-motion, frame-by-frame replays to prove that the men in black are becoming less adept at applying the laws of the game appropriately. Managers criticise them, players swear at them, fans lambast them and the press hammer them. Even some of their former colleagues supplement their income by joining the throng.

How often have you heard people demand both "common sense" and "consistency" in the same sentence? Have a think about that one.

What is actually meant by a referee using common sense? As far I can see it is suggesting that a referee should see each decision within the context of the game; therefore not necessarily applying the absolute letter of the law. For example, we have all heard that a referee has ruined a game by sending off a player too early for a borderline challenge that he could have punished with a yellow card.

OK, so let's say we allow the referees some flexibility - but then don't expect consistency - because each ref will be applying his "common sense" in a slightly different way.

I get to spend a considerable chunk of my weekends hanging around in tunnels of various football grounds and almost always end up having a chat with the referees as they arrive. What I am never allowed to do, at least on the record, is to chat after the game.

We do often speak afterwards though. Some of the refs will ask you confidentially what you thought about a decision; some have even asked to have another look at a decision on a TV monitor in a quiet room away from the bustle of the tunnel.

Obviously they do not walk off the pitch absolutely convinced that they have got every single call right. What I am absolutely certain about, though, that no referee who has reached the top of their profession has made a call that they cannot defend given what they saw at the time.

The problem is that 10 people will see a decision 10 different ways. Here's an example from Saturday's game between Chelsea and Sunderland. Fernando Torres was booked after going down in the Sunderland box after a challenge by Phil Bardsley. 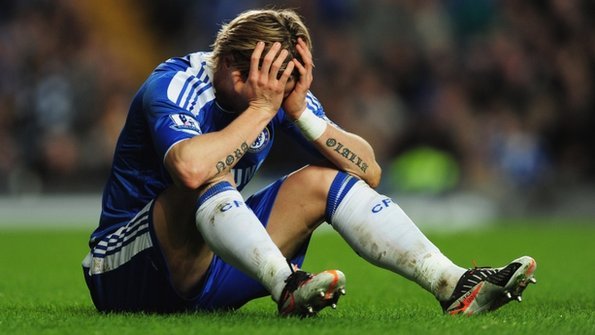 Chelsea striker Fernando Torres was booked for simulation on Saturday - but should he have been given a penalty? Photo: Getty Images

My first reaction, as I saw it in real time, was that it looked like a penalty. Then I saw the replay, and I felt that, although there was contact, Torres was ready to fall if Bardsley gave him anything to fall over. The players' knees collided; the question was who was initiating the contact?

In the press room afterwards one of football's most distinguished newspaper men, Patrick Barclay, said that he felt it was not a penalty but that the yellow card for Torres was unnecessary. On Match of the Day that night, Alan Shearer was absolutely convinced that it should have been a penalty. I am still not certain.

My point is clear. There are three different views on the same incident, all formed by reasonable experienced people and with the benefit of replays; which the referee, Phil Dowd, didn't have.

This could take us into a discussion of video replays. I think I'll leave that for another day, aside from saying that I am not in favour.

I would also not be in favour of referees being allowed to talk to the cameras after the game. If they did they might undermine their authority by having to attempt to defend a clear mistake and if they chose not to talk it would be something that would surely be interpreted as an admission of an error.

They are not perfect, but who is? I do think that their fitness tests could be more rigorous, but I passionately believe that our refs are honest and give decisions based only what they see, or think they see.

On the whole they might make fewer errors in 90 minutes than many of the players they are refereeing. And what about the managers who knock them? How many times have you heard those same managers say they didn't even see a major incident?

Now who needs their eyes testing?