This Sunday I will be on the microphone for the big south-coast derby between Portsmouth and Southampton in the Championship.

It's a game between two sides who it's fair to say are never on each other's Christmas card lists. It promises to be a very feisty affair indeed.

Both clubs' managers make interesting character studies. Nigel Adkins at Southampton is an eloquent and a youthful looking 40-something, who exudes charm.

His approach is all about the team with no room for individuals -- I imagine his sock drawer is as tidy as his tactics -- but he is as good at giving out inspirational titbits as he is at talking technical, and boy can he talk technical. 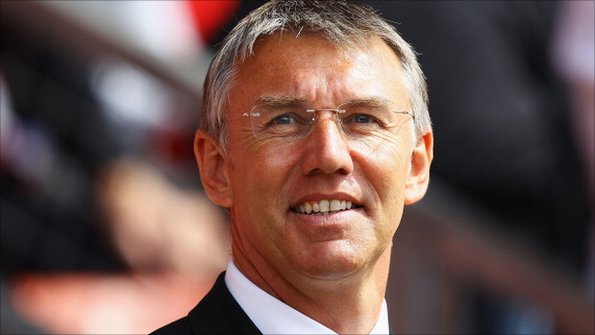 As many people know, Adkins used to be a physio. So, he will quickly tell you, was Bob Paisley - and it didn't do him any harm.

Maybe it's all the studying he did for those physio exams, but Adkins talks a good game. Scrub that, Adkins talks a great game. In fact, if he wasn't a football manager he'd make a brilliant salesman.

Spend 15 minutes with him and you are eating out of his hand. Above all, he is unfailingly positive and Southampton have thrived under his care.

I actually remember watching Adkins play in goal for my local team Tranmere Rovers, and it turns out we were brought up within a few streets of each other.

As someone who finds it a bit depressing that not only the players but a good number of the managers are now younger than me, I am pleased to say that, as a kid, the Saints boss was more likely to have played against my older brother than me.

Michael Appleton at Portsmouth is a newcomer to management, but worked successfully under Roy Hodgson as first-team coach at West Bromwich Albion and seems to have made an immediate impact at Fratton Park, where few headlines ever seem to involve football.

He treated his first game at Watford as a watching brief and has taken two wins and a draw from the next three, including Pompey's first away win of the season.

With Portsmouth facing more financial uncertainty, Appleton may need all the thick skin he acquired during a long and eventually unsuccessful battle against injury, which ended his playing career when he should have been reaching his peak in his mid-20s.

Now in his mid-30s, he still looks exactly like the intimidating sharp-tackling midfielder who could also lace his game with some delightful touches.

When I met him last week, he was wet from a morning being blown around Pompey's featureless training ground in the rain. But was extremely welcoming, witty and warm nevertheless, while still exuding that sense that here is a guy you do not want to get on the wrong side of.

He has livened up an ageing squad with a couple of good loan signings from the Hawthorns in George Thorne and Joe Mattock, and while the off-the-field mayhem may continue at Portsmouth, he is firmly set on stopping the rot on the pitch. The early signs are good.