Thanks to everyone who put forward their selections for the Match of the Day sweep (Are you a match for the BBC? Posted: 13 Aug). There were 849 posts, which was a wonderful response.

Within the Match of the Day office, there were 49 entries this season, including Messrs Dixon, Shearer and Bright. Dan Walker and Damien Johnson of Football Focus, commentators Motson, Mowbray, Pearce and Wilson, plus various editors, directors, producers, production assistants and floor managers also weighed in with selections.

I hope to work out the points totals for the MOTD entries at reasonably regular intervals throughout the season and post the latest scores on this blog. It's up to you to mark your own and compare - I know I can rely on your honesty and integrity!

Speaking of honesty, I wonder what to make of the row being kicked up by some French clubs over the alleged poaching of their youngsters by the giants of the Premier League. There is no doubt that it has to be wrong to offer inducements to the families of minors, and that those clubs and individuals found guilty deserve to be punished. 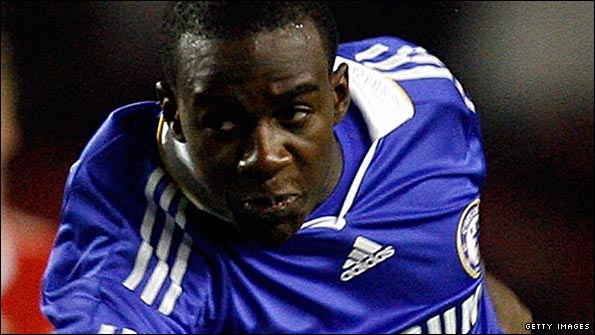 Having said that, have not French clubs trawled Africa for years to import the best talent from Senegal, Ghana, the Ivory Coast, Congo and Cameroon? Are these clubs completely satisfied that no young player has ever been swayed in his decision to move to France, and in some cases to take French citizenship, by the lure of cold, hard cash?

One of French football's greatest achievements over the last decade has been to integrate players born outside France into their national team.

For young, French-speaking African footballers, the chance to move to a French club is a dream come true. The money will transform their lives and those of their families, whilst the French football system may help them become top-class players.

The same surely applies to a young, French player given the chance to move to England - the standard of football is better and so is the money. It is simply a question of degrees; small fish - bigger fish - big fish. The same logic took Kaka, Ronaldo, Alonso and Benzema to Real Madrid this summer - right now they are the biggest fish going.

African clubs, French clubs, English clubs may all be justified in feeling hard done by to some extent as their best talent is lured away. However, the real losers are the hundreds of kids who are uprooted from their homes and families to pursue a dream of fame and fortune, only to fail to make the grade. What can football do for them?