Sometimes Lady Luck looks down on you with a big broad smile and says "Today is your day". She certainly did that for Manchester United on Sunday as time stood still and the 152nd Manchester derby went on and on like one of Willy Wonka's everlasting gob-stoppers, allowing Michael Owen to score the winner in the 96th minute.

Luck was smiling on me too, because I had the golden ticket to the game. You always want to be on duty for those memorable moments, and United's win was certainly one of those. 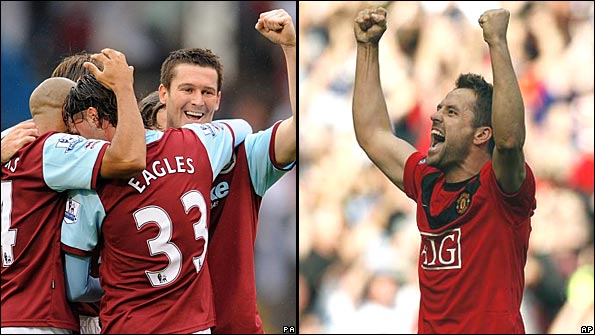 The hardest commentaries are always the 0-0 draws with barely a booking to keep the interest going. You know that almost all your efforts will end up on the Match of the Day cutting room floor and that the game will be forgotten before you've even finished the journey home. These are the matches that are usually prefaced by Gary Lineker saying "and finally..."

If I cast my mind back to Euro 2008, I had some great games including the dramatic climax of Turkey against Croatia in the quarter-final. But the commentary I was probably most pleased with was the France vs Romania game. It was ninety minutes of utter tedium without the merest hint of a goal; but that's when you really have to earn your corn, and I felt I did as well I possibly could to give the viewer some reason to stick with it.

Sunday's derby was a gift for any commentator. All the stats that had been so meticulously prepared in the week could be ignored; there was no time for them because the drama of the game took over, and anyway, who needs a stat when you're on the edge of your seat? It was one of the few occasions where the game surpassed the hype.

On Saturday I was at Burnley against Sunderland; much less hype about that one but still very enjoyable. The Burnley fans will certainly give the Stoke supporters a run for their money in the battle to be the Premier League's loudest - it must be great to play in front of them.

I love walking up the players' tunnel at Turf Moor to the dressing rooms. At the end is a narrow little corridor with a low sloping roof which would have Peter Crouch almost bent double. You wander past the boot room and the laundry room feeling like you've stepped back in time. It doesn't take much imagination to picture their famous old chairman Bob Lord filling that corridor to congratulate greats like Leighton James and Martin Dobson. Links with the past are sometimes hard to find at modern Premier League stadia, so long may Turf Moor be preserved.