My teams of the season

It's that time of the year when anyone and everyone seems to feel entitled to hand out their own football awards to whoever has caught their eye, sold the tastiest pie, preserved the most stone-age loo or even won a cup or two.

I am well aware that I could be accused of indulging in a pointless exercise, but what the hell. I'm writing this in my spare time and I promise I will not be claiming any associated expenses!

As the great Forsyth might say (Bruce not Frederick) "play along at home" - I look forward to reading your alternatives.

Remember only one outfield player from each club allowed in a formation of your choice.
For my top half team I have decided to play 4-2-3-1 in the Benitez style.

Goalkeeper: Edwin Van der Sar (Man Utd) - vastly experienced and oozing a calm authority which rubs off on those in front of him. His long sequence of clean sheets helped United come from behind to hit the top at just the right time.

Right back: Lucas Neill (West Ham) - now I am not saying that Lucas Neill is the best right-back in the country but I had to include a West Ham player and didn't feel they had anyone in any other position who could be my first pick.

Neill has had a steady season, showing good leadership and hardly missing a game in a team which under Zola has been greater than the sum of its parts. 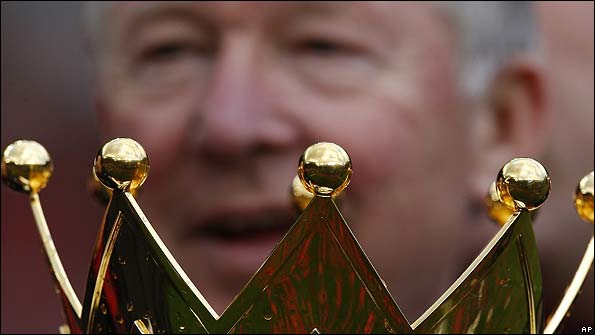 Centre half: Brede Hangeland (Fulham) - a monster at the back for Fulham who has been outstanding this season missing only one league game and never being substituted. Reads the game well and is physically commanding.

Centre half: Ledley King (Spurs) - a modern medical miracle. Despite never taking part in training he is possibly the most influential player Spurs have.

His one off the field indiscretion should not take away from another remarkable contribution.

Left back: Joleon Lescott (Everton) - he may not have repeated his goal-scoring exploits of last season, but Lescott has been integral to another excellent Everton campaign.

He is a real handful when he races down the touchline and is rarely caught out defensively.

Centre midfield: Michael Essien (Chelsea) - only returned from injury in March but immediately underlined how much Chelsea had missed him. He has fantastic drive in midfield with aggression and touch as well as vision.

His goal against Barcelona may have been in vain, but boy, what a goal it was!

Centre midfield: Stephen Ireland (Man City) - by a distance City's player of the season. Has a great eye for goal but is also a great provider for others.

He is not afraid to speak out when a team-mate (ie. Robinho) takes the day off.

Right attacking midfield: Cristiano Ronaldo (Man Utd) - I would love to have played Rooney or Vidic but with only one outfield player from each club it has to be Ronaldo.

Central attacking midfield: Andrei Arshavin (Arsenal) - he has been worth every single penny Arsene Wenger paid for him and is the main reason Arsenal fans are not even more depressed.

If only he had not been cup-tied for the Champions League! For Arsenal he has shown some devastating finishing from the left but he also has the ability to run a game from a central position as he has for Russia.

Left attacking midfield: Ashley Young (Aston Villa) - has not yet added consistency to his game but on his day he has been almost unplayable.

His performance against Tony Hibbert in April will still be giving the Everton full back nightmares as one of the most one-sided head-to-heads of the season. He is Villa's brightest young star and one of England's too.

Centre forward: Fernando Torres (Liverpool) - I know, I know, no Steven Gerrard but you can't have them both.

Torres is as good as they come and is set to score 50 goals for Liverpool faster than Rush, Fowler or Owen; enough said. 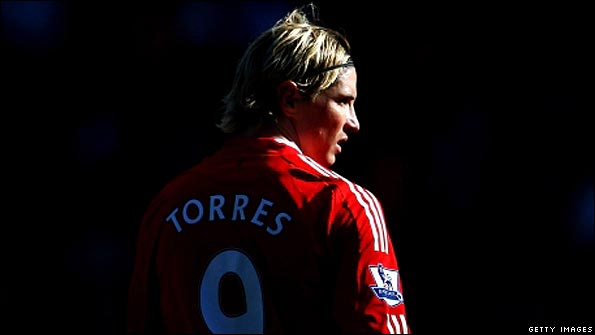 And so on to the team from the bottom half. I have decided to play a simple 4-4-2 here. Remember, only one outfield player from each team with a goalkeeper of your choice.

At time of writing the bottom half are: Stoke, Wigan, Bolton, Blackburn, Portsmouth, Sunderland, Hull, Newcastle, Middlesbrough and West Brom.

Goalkeeper: Jussi Jaaskelainen (Bolton) - maybe the single biggest reason that Bolton stayed up, he has played in every game and is top performer week after week and season after season.

He is good going forward too and is worth his place in Fabio Capello's team so he certainly makes mine.

Centre half: Ryan Nelsen (Blackburn) - totally reliable and one of the best value for money signings in recent years. He is a good captain and a strong, steadying influence on his teammates.

With timing and anticipation he can dominate taller opponents in the air.

Centre half: Andy Dawson (Hull) - one of the best performers at the KC this season at either left-back or centre half. Has played in all four divisions and has not looked out of place in the top one.

Left back: Danny Collins (Sunderland) - like Dawson he is equally comfortable at left back or centre half and does a great job. He is commanding in the air with a good positional sense.

Right midfield: Antonio Valencia (Wigan) - another South American jewel unearthed by Steve Bruce. If he added goals to his repertoire he would be even more sought after, but even so the offers will come flooding in this summer.

Centre midfield: Nicky Butt (Newcastle) - it's hard to think of any Newcastle players who have enhanced their reputations this season. However, Butt has been tidy, consistent and effective - everything Newcastle as a whole are not.

Centre midfield: Jonathan Greening (West Brom) - along with Chris Brunt he has been outstanding for the Baggies this season.

He still has great energy and is able to play in almost any position across the midfield. He deserved better than relegation.

Left midfield: Stewart Downing (Middlesbrough) - sometimes he flits in and out of games too much and hasn't scored enough this season, but at Middlesbrough who has? He is still one of the best in his position in the Premier League.

Striker: Kevin Davies (Bolton) - Strength, work rate, bravery and, this season, with more goals thrown in. Davies has been a key-man for years.

Striker: James Beattie (Stoke) - probably the signing of the January transfer window, Beattie has reaffirmed his status as a Premier League striker to be reckoned with and his goals were the key to Stoke's mid-table finish.

With a nod to Roy Hodgson, my manager for the top half team would have to be Fergie and for the bottom half Tony Pulis.
Have a go, it's harder than it looks!