Who will be the 58th BBC Sports Personality of the Year?

I'm terrible at keeping secrets, so I can breathe a sigh of relief today because, after a week of keeping it to ourselves, we are finally able to announce the top 10 contenders for this year's BBC Sports Personality of the Year - as nominated by 27 sports editors from a range of magazines, daily and Sunday newspapers.

The 2011 show is going to be broadcast live from BBC Sport's new home at MediaCityUK, Salford, on Thursday 22 December and I'm really excited by what we have in store.

But waiting to get the top 10 from the sports editors is always an apprehensive time, as it's not until we get the line-up confirmed that we can really put together the show's running order and lots of the films for the night.

This year's top 10 is a phenomenal collection of some of the best sports stars in the world - and we are really excited by the films we can put together to reflect what has been an incredible year for British sport. 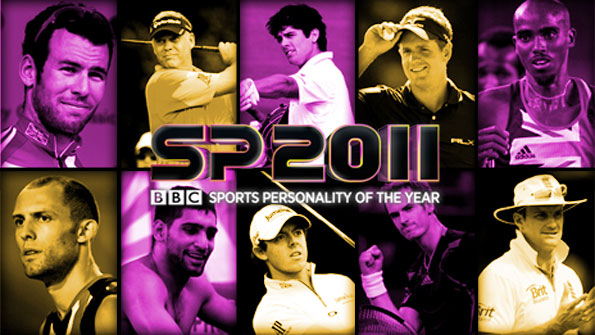 Throughout the show, it will be fascinating to relive how Mark Cavendish achieved his dreams by winning the Tour de France green jersey and World Road Race, and how cricketers Andrew Strauss and Alastair Cook destroyed the Australians in the Ashes and then ruled the world as the number one Test side.

There's Dai Greene's journey to become a world champion hurdler and at the same championship Mo Farah's comeback from 10,000m disappointment to prove he's the best in the world over 5,000m.

The UK continues to be the centre of the golfing universe, with Rory McIlroy taking the US Open, Darren Clarke the Open and Luke Donald the world number one spot.

It's also a slightly odd time. As editor, I have control over most things that happen in the show, but the top 10 is one area where I relinquish this and hand it over to the professionals from a wide variety of publications, who work in British sport day in, day out.

This year's nominations have thrown up something that I've not seen in the six years I've been editor of the show - and that's an all-male shortlist.

It's a shame not to see Keri-Anne Payne, Chrissie Wellington or Rebecca Adlington get in the top 10, as they've all had great years and are wonderful role models - and all three came close to being in the 10. However, the vote is carried out independently of the BBC and by very knowledgeable individuals.

Giving publications that are read by such a wide breadth of the public the opportunity to shape the UK's biggest and most prestigious sports awards show still feels the right way to reflect the UK's favourite sports stars and the best sporting moments of the year.

I also think what matters is that only the general public will decide the actual winner as they vote in their huge numbers to crown the Sports Personality of the Year 2011 live on the night. We extended the shortlist to 10 from six in order to give the public far more choice than in years gone by.

There is no doubt that list itself is oozing with incredible talent. It is one of the strongest fields I have ever seen during my time on the show and the race itself is too close to call. The winner could easily be any of the 10.

Other sporting achievements from the past year will be featured throughout the show, with awards for Team of the Year, Coach of the Year, Unsung Hero, Lifetime Achievement and the Helen Rollason Award - as well as the Young Sports Personality of the Year award, for which the top 10 was announced last week.

I sit on the panel to decide the Young SPOTY award - and this year the candidates were the highest calibre I've ever seen. Choosing a winner will be unbelievably tough, and when former winner Amy Spencer, John Inverdale, Jake Humphrey, Sonali Shah, Ore Oduba and I - along with our good friends in Youth Sport Trust - start debating the final three, we could be going for a very long time.

There will be some very special moments in the show again this year, which are not to be missed, ranging from the emotional to the high energy. Many of these will be kept secret until the day. (More secrets!)