It's the football season (in more than one code!)

When I wrote on the Sport Editors' Blog in August I apologised for the lack of action here during the previous few months, and said I wondered if the whole concept of hearing about the process of running a Sport site might not be a little, well, dry, compared to hearing about sport itself.

But a good number of you told me you enjoyed the entries on the Sport Editors' Blog, and suggested we keep them up.

So with that feedback in mind I thought I would come back on here now, one month after the launch of the Football League season, to find out how everyone thinks it has gone so far (none of you had seen much of what we'd planned when we last spoke - now you have had a chance to do so), and also to announce an exciting football match which will be on this site on Thursday, and to announce a couple of new blogs.

I'll also try to answer any other questions about any other aspect of our site. Perhaps I could do just that on a monthly basis if everyone thinks it would be a good forum for feedback about bbc.co.uk/sport?

So, let's tackle those updates in reverse order. We have two new blogs launching this week.

One is by Phil Minshull, who will be our new European football blogger. We have felt for a while that we needed a presence on our football blog covering continental Europe. We have Tim Vickery on there covering South American football; Jim Spence covers the SPL; Phil McNulty covers the Premier League and Paul Fletcher covers the Football League; Joel Taggart covers Northern Ireland and the Wales national team is looked after by our team in Cardiff on our main site, rather than the blog site (although with the top two Welsh clubs being leading lights in the Championship, I would expect them to also feature on Paul Fletcher's blog).

Further, the BBC World Service provides a whole section on African football. But what of mainland Europe? What of Cristiano Ronaldo and Kaka? What of Gael Kakuta, whose move to Chelsea from Lens resulted in Fifa banning the English club from signing any players during the next two transfer windows? What of all the so-called big-five European Leagues apart from the Premier League (namely France, Italy, Germany, Spain)? 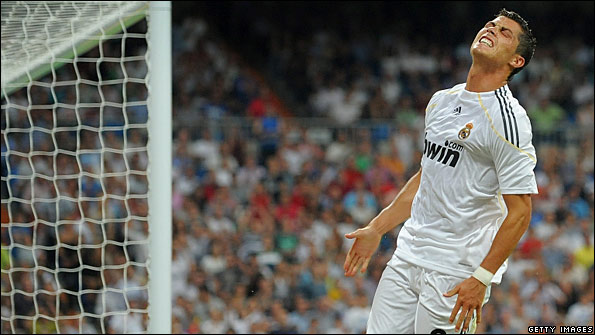 Whenever this website writes about major European transfers or a big game like Real Madrid taking on Barcelona those stories are very popular with our audience.

A report on Barcelona's league opener against Sporting Gijon - a relatively minor game - pulled in over 100,000 readers.

So we asked John Sinnott, one of our senior journalists who has written a good deal for us himself on European football, to find us a European football blogger and we eventually asked Phil Minshull, an experienced news and sport journalist who has been based in and around Madrid, for the last 12 years, to write it for us. His first blog on this site was published today.

The other new blog belongs to Neil Reynolds, and is about American football.

The fact that the NFL can sell out Wembley two years running for regular season games proves there is an audience for that sport in the UK, and last season this website had video highlights every week of the best matches (for a UK audience only).

We have an American football section with fixtures, results and standings, also. But we also felt we needed a blog, particularly since our colleagues at BBC Radio 5 live are going to have an NFL show every Sunday evening on 5 live Sports Extra this season.

One of the pundits on that Sports Extra show will be Neil Reynolds, the well-known NFL expert and former Sky Sports pundit. 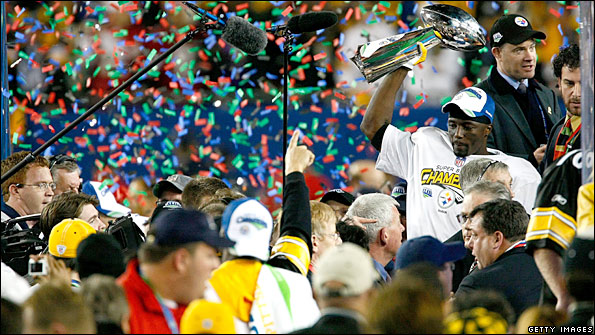 Neil has agreed to write a blog for us, and like Phil Minshull, his first effort also went live on Wednesday.

I hope the blog will appeal both to NFL diehards and also to new fans who are coming to the sport all the time. Hopefully we can even build an audience ahead of the NFL game at Wembley this year, between the Tampa Bay Buccaneers and the New England Patriots, highlights of which will be shown on BBC television.

Speaking of BBC TV output, on Thursday I am delighted to announce we will have the final of the women's European Championship football.

For those who have not been tuned to the exploits of Hope Powell's squad in Finland, England have reached the final where they will play Germany.

The match will be shown on BBC2, and also streamed live on this site, in the UK.

We will also have live text commentary of the game, plus reports, reaction and photos. BBC commentator Jacqui Oatley will be blogging before the game and again after. 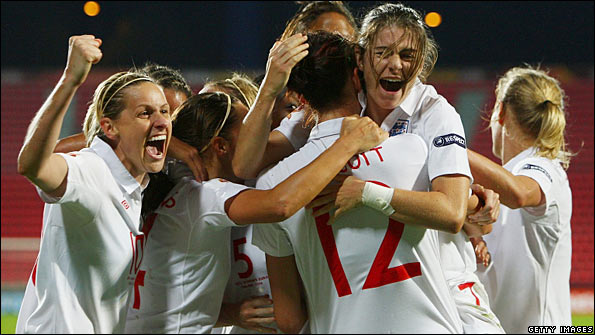 So now we're back on to football, what of the Football League? One month in, I am very pleased with how it has gone.

We have the video of every game in the Football League, Carling Cup and Johnstone's Paint Trophy on the site, we have a new 'match centre' when the games are being played, and we have new statistics services including live, 'as-it-stands' tables.

For anyone who wants to know more about the new services, it's worth looking at the previous blog I wrote so I don't have to bore those who already saw that by repeating what we're rolling out.

What I would be interested to do now is hear from those who commented last time, and have now had a chance to digest that coverage, and find out what you think about it. What do you like? What could be better?

One thing I do know - it's a fantastic time of year. Reluctantly, we have had to say goodbye to the Ashes, to the golf majors, to Wimbledon (although we're very much still covering Andy Murray in New York!), and shortly to rugby league and the rest of the summer sporting calendar.

But F1 is driving towards its season's climax, football is back, rugby union is back (with a new-look Jeremy Guscott predictions column) and we've a lot to look forward to, including a Winter Olympics and a World Cup next year.

I'd be delighted to hear your thoughts on any or all of that!