The biggest events, for the largest number of people

From a talk given at Westminster University, 10 March 2009

I'm enormously proud that we have retained so many of the crown jewels of sport for the BBC - and our rights team have done a brilliant job in securing Wimbledon, the Six Nations, Match Of The Day, Test Match Special and the rest well into the next decade. This month we add Formula 1, and this autumn we introduce Football League and the Carling Cup. 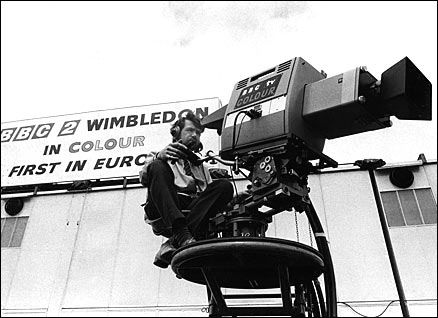 Our rights portfolio, underpinned by the London Olympics and the next two World Cups, is in remarkably good health - despite vigorous competition over the years from terrestrial rivals and from pay TV. And let me be clear that we welcome competition: the pay TV market has massively expanded choice, and standards of coverage are high. Plurality is good for viewers and listeners. Pay TV can hardly claim it's starved of good content by the current framework.

But looking to the future, we believe it's vital that the biggest sports events remain available to the maximum number of people in the UK. The 2012 Olympics would be diminished if they weren't available free-to-air to everybody and our whole philosophy is about making the London Games widely available whenever and wherever people want it - allowing everyone to share the experience, rather than driving revenue.

Our research confirms there are millions of people who are committed sports fans and who go to, or would pay to view, the events they're passionate about. But there are millions more we call "main eventers" - people who tune in for the big international matches or the major tournaments or the water-cooler moments like the Grand National. And many of them would be lost to sport if they had to pay a specific fee for the privilege. We want sport to expand its boundaries, not pull up the drawbridge.

So you wouldn't have had 42 million people watching the events in Beijing if they'd had to go to a pay TV channel. Neither would Wimbledon have had more than 13 million watching the climax of Federer v Nadal, and nor would the Six Nations be peak Saturday night viewing beating all other channels. Even in football, where live matches are a major driver, many more people see the Premier League on Match of the Day than live on any satellite or cable channel. It's important to recognise this isn't an argument about analogue TV against digital, and it's not a debate that becomes redundant when we're all in a digital world. The faultline is a straightforward one: free to air on one side, paying an extra fee for an event or a channel on the other.

I saw a report the other day that Sky were going to argue that rightsholders should be able to do what they wanted with their events. We differ. We value our relationships with rightsholders and the listed events legislation still requires that they receive a fair and reasonable price for their products; but we put audiences first. We want to maintain access to sport for people who don't want to pay subscriptions; and, even more crucially, we see it as a public service commitment to win over light or casual viewers to the events they come across on our mass-audience channels.

There's still a massive virtue in the UK being able to come together for the biggest sporting moments, and if we lose that we will lose an important part of our national life.