F1 editor, the best job in the world

OK, so I have the best job in the world... travelling the world, going to every Formula One race and telling the story for the millions of people tuning in to the BBC.

The good news is that you will be able to see every wheel turn, from practice on Friday right through to the race on Sunday and even a red button special after the race for all the analysis, stories and views from the whole paddock.

As you have already seen, we have put together what I think is a fantastic line-up to deliver the coverage. 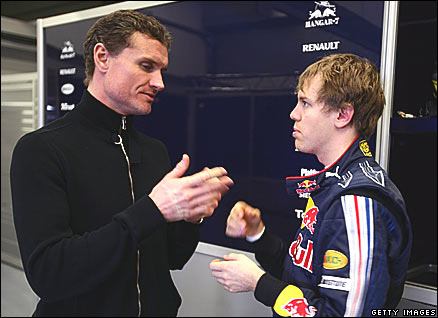 Jake Humphrey will present the programmes from each of the races. There won't be a studio (we are not allowed to put one anywhere decent, or with a view of the track, for example) so we will present from the paddock, the pit lane or anywhere that is interesting and makes sense.

We will try to avoid competing with the engines, but we do need to be in the heart of the action, so occasionally you will have to bear with us as the teams try to drown out what we are saying.

We will be on BBC One for all the qualifying sessions (except Brazil on BBC Two) and all the races. And this is where the BBC has shown how excited it is at getting F1 back, because we will be on-air for an hour before qualifying starts.

In this hour we have time to look back at the previous race, take on any stories that have emerged in the last couple of weeks and we will also give the drivers a chance to tell us who they are. We will obviously be following Lewis Hamilton, and you will be getting plenty of stories about him, but we will also bring you all the other personalities in the paddock.

We have lots of other feature ideas - from explanations of general F1 terms to examining the rule changes, the introduction of Kinetic Energy Recovery Systems, the efforts at making overtaking easier and what the drivers think of going back to slicks.

The teams have all told us that they are keen to work with us to de-mystify the sport and we are looking forward to their cooperation with the filming of these pieces.

Race day, too, will see one hour's build up on BBC One. The first part of this will be a chance to see more feature material; team profiles; what the drivers get up to away from the track; a track guide from Martin Brundle and/or David Coulthard; the story of qualifying and who to watch in the race.

Once we get to 30 minutes prior to the race, we will stay live in the pit lane as the cars go out to the grid and then on the grid as they sort out the last minute changes or problems.

Martin will do his grid walks (not necessarily every race - it will depend who is around) and we will hear from all the main players in these crucial last few minutes before the race is off. 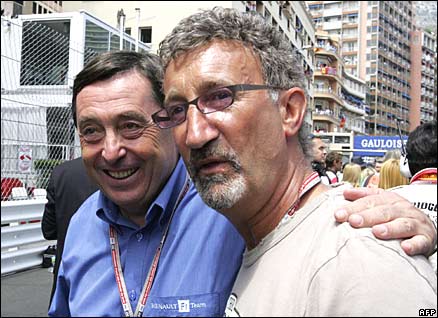 During the race we have a number of analysis tools to enable us to work out race strategy for each of the cars. This will include the changing strategies if unexpected events occur.

All the teams prepare a number of scenarios and switch to these in the event of an early pit stop for a new nose, for example. We will need to be across what is going on and what the teams are planning.

Also new this year are the open team radios, which will mean that we will hear from the Ferrari and McLaren teams and drivers. This has always been encrypted in the past and we have never heard from either Lewis or Felipe Massa.

After the race we will gather the presentation team around a big monitor and discuss the race.

From the start to all the moves, overtakes, spins, crashes and pit stops, we will look at the replays, point out where drivers have gone wrong or done well and go through the race strategies of the teams.

Lee McKenzie and Ted Kravitz will be running around the paddock getting interviews with the drivers who finished outside the top three (we will already have heard from them in the post race press conference) so we should be able to bring you a comprehensive review of what went on. Once again, we will be inviting your comments through e-mail and texts, so we want to hear what you think.

On the red button during the race you will have a wide choice.

There will be a composite stream with the main race picture and an on-board camera (that we will switch to keep it relevant to the race action) together with a leaderboard and some other statistical information. We are not allowed to give you the timing pages incidentally, but you can see these on www.formula1.com.

For the first few races, where the time difference means that we can have more red button streams, there will also be the chance to have the on-board camera feed full screen and a choice of television commentary, Radio 5 Live commentary or even a new CBBC commentary that is especially aimed at our younger audience. Details of this new commentary are not yet finalised, but we'll be able to tell you the details soon.

The website, as you will already have gathered, has undergone a complete make-over. I think it looks great and there is lots of fantastic content already.

During the races, we will be streaming live video as well as the red button streams and I reckon quite a few of you will watch the TV with a laptop or computer open as well. We have tried to design it all so you can tailor your choices to show exactly what you want.

We will be feeding back lots of content for the website before it is transmitted on TV. So, an interview recorded on Thursday afternoon, for example, may well provide a short clip for a feature that you will see before the race on Sunday. We know that the rest of the interview is of interest as well, though, so we will put that up on the web for you to look at when you want.

So this is just a brief overview of how we are all planning to work together across all the BBC media platforms to bring the most comprehensive, in-depth, informative and entertaining coverage of F1 ever seen. We are excited by the prospect of the new season here in the F1 office and we are looking forward to hearing what you think of it all.