Good reasons to stay up late

I normally sleep soundly, but as director of sport I've found there are two exceptions to that rule. One is the night of Sports Personality where the buzz of the event is like drinking 23 cups of black coffee, and I find myself pacing round a hotel room in Birmingham or Liverpool at three in the morning. The other is when we have a Premier League rights deal in the offing and there's the late-night jab of awareness that we're at the once-every-three-years moment when the fate of Match Of The Day is at stake.

Well, we've just been through the rights process for Premier League highlights - and I'm delighted to report that the BBC has been successful. Match Of The Day will stay on BBC screens until at least the summer of 2013 in the current format: the main show on Saturday night, the repeat on Sunday morning, MOTD2 on Sunday evening - and then the occasional special, like tonight, when we catch up with a midweek fixture list. 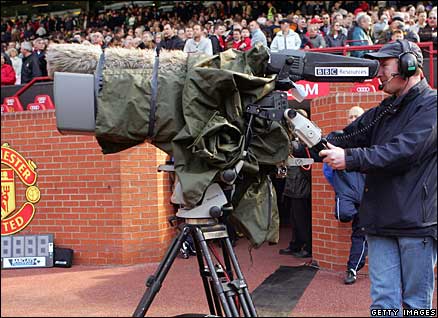 Just listing that volume of coverage points to one reason why Match Of The Day is so important to us; and it also underpins our other football shows like Football Focus and Final Score. Every Premier League week we have all the goals from all ten matches, and Match Of The Day remains the place where most people in the UK see top league action.

A total of around 30 million watch at some point during the season, but weekly audiences for the main shows are rising too. In the last full season, 2007-8, the Saturday programme averaged 3.8m viewers - the highest since 2002-3 when the coverage was on ITV and partially in peaktime. Sunday night has had an even sharper rise: in 2004-5 it was watched by an average 1.5m, while so far in 2008-9 it's registering 2.5m. Not much evidence for the glum folk who claimed demand for highlights would fall.

The new contract from Autumn 2010 will allow us to put more of the content online too. For the last 18 months Match Of The Day has been simulcast live on this website, but the new deal lets us put MOTD2 on the BBC iPlayer. That means all the weekend goals will be on offer in the one show, and it will supplement our SPL online goals and the Football League service that starts this coming August.

As for the price: it's level with our current contract. But more people are watching; it has a richer mix of rights; and it's still below what ITV paid for Premier League highlights in 2000.

Now, I know some people will have another bash at us for not having enough live football on television. But later this year we introduce live Championship matches, live semi-finals and the finals of the Carling Cup - and the biggest tournament of all, the FIFA World Cup, will be just around the corner. Our live and online radio commentaries are still extremely popular too. We emphatically didn't want to lose the FA properties on TV, but we spent some of that money on the Football League and some on the return of F1 to the BBC. 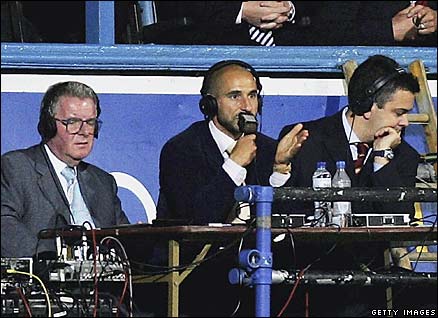 That fits into a portfolio that's seen other major renewals in the past couple of years: most noticeably Wimbledon and the Six Nations, which are both guaranteed well into the next decade along now with MOTD.

So we'll continue to tell the story of the Premier League for millions of fans - and for everyone who just sees Match Of The Day as part of the British weekend. Love it or hate it, you have to admit Saturday night on BBC One wouldn't be the same without that theme tune...