All the end-of-year reviews are agreed: 2008 is a year that's going to be hard to beat for sporting magic.

But we're going to do our best to cheer up the nation in 2009 - however gloomy the news agenda. And almost all the stars from our Sports Personality Top 10 will be in top-quality live action on the BBC.

The people's choice - Chris Hoy - will be with his fellow British cyclists in Poland in March for the World Track Championships. Rebecca Adlington will feature in the World Swimming Championships in Rome in the summer, and we'll be giving extensive coverage to the World Athletics Championships with Christine Ohuruogu from Berlin.

The other Olympic sport landmark this year will be the World Gymnastics Championships in October at the O2 arena in London. We'll be there for the key moments including extended coverage on BBC Two - and to see how the city deals with its first world championship event ahead of the 2012 Olympics. 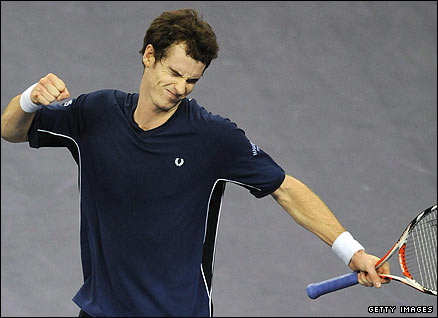 Andy Murray showed he's near to greatness in 2008, and we'll see if he can deliver in 2009 - at Wimbledon, of course, and at the Australian and French Opens. The action in Melbourne gets underway in January so we'll witness whether the predictions of a Murray Grand Slam victory in '09 can be speedily realised.

There's also, of course, Formula 1 - which comes roaring back onto BBC screens in March. We'll be following Lewis Hamilton every kilometre of every circuit as he defends his world championship, and there'll be a fantastic range of online and interactive services to support our tv and radio F1 programming.

Another year of MotoGP - which remains one of the most highly-appreciated events we cover - means we'll be the home of great motorsport on two wheels as well as four.

New in August on BBC Television will be Football League: a weekly highlights programme with all the goals, and the best live matches from the Championship. Our coverage of the Carling Cup also begins in autumn 2009. That's in addition to Match Of The Day and MOTD2.

Other big events will be there too. The Six Nations looks gloriously unpredictable, and we'll be in position for every match. International Rugby League returns to the BBC in the autumn with two live matches from the Four Nations tournament to supplement our exclusive live coverage of the Challenge Cup.

We'll have our traditional golf menu including The Masters and The Open; the biggest events in racing including The Grand National, the Derby and Royal Ascot; and great days out with the London Marathon and The Great North Run.

Plus: Super Bowl,World Snooker, BDO World Darts and - we hope - one or two extra events currently under contractual discussion.

Finally, no doubt about the highlight on BBC Radio: settle back with Test Match Special for every ball of The Ashes.