Your choice has never been so difficult

A couple of years ago the build-up to Sports Personality Of The Year was underway accompanied by rather glum mood music. A lot of people were writing that nobody deserved to win the main award, and it had been a year of British sporting failure. Darren Clarke was installed as the pre-event favourite, but in the end Zara Phillips galloped home - to the pleasure of many and the irritation of others.

In 2007 there was another upset. Lewis Hamilton was thought to be in the lead entering the final straight, but the public chose Joe Calzaghe instead - which generally speaking pleased the people who hadn't been Zara fans. 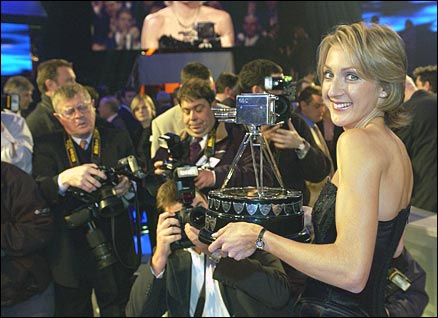 But this year I've already seen one plea in a newspaper letters column not to make the main award. That's not because there isn't a strong potential winner but because there are too many. The argument was it was unfair to single out one individual when so many major stars are in contention.

Well, to use one of the oldest cliches - sport is about winning and losing, so we'll press on with finding a winner. And this weekend we saw a fresh torrent of news items about this year's contenders in The Observer.

And in The Daily Express.

We're just over a month away now, so I want to explain how this year's voting will work - because we always want it to be as fair and transparent as possible.

The main Sports Personality Of The Year award will be carried out in the same way as in the past two years. We're currently inviting nominations for a shortlist from newspaper sports editors across the UK - from national broadsheets and tabloids along with some selected regional titles and magazines. We'll collate a Top 10 in alphabetical order and that will be announced on Monday 1 December. The nominees will be interviewed on BBC television and radio as well as being profiled on our website, so there'll be a good chance to debate their pros and cons ahead of the live show on Sunday 14 December.

And that's the point when it's over to you: the winner is chosen by a public telephone vote that will open shortly after the start of the live transmission. The person with most votes wins, and the result is independently checked and verified before it's announced by Gary Lineker and Sue Barker.

For 2008 we're changing the method for selecting three other main awards. The panel of newspaper editors has worked well in previous years in drawing up the main shortlist, so we've asked them to vote this time round for Team Of The Year, Coach Of The Year and Overseas Sports Personality Of The Year. In the past these awards have been selected by a BBC Sport experts panel and this is an attempt to get a wider constituency involved - though I accept that some people would have liked us to go even further and have more public votes. The reason we haven't done that is logistical: running one major phone vote on the night is a challenge, and to have two or more running would risk confusion - though we'll keep under review whether we can increase participation in the future.

You can read more about the selection process for other awards here.

Others - notably the Lifetime Achievement Award - are within the gift of the BBC. 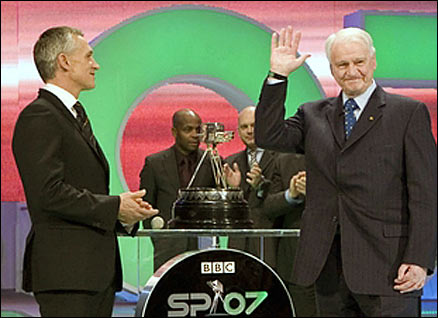 But we've spotted that many of our colleagues in newspapers do read this blog, so it's now open for your comments as they make their minds up about the main award nominations and their choices for the other categories. As ever, I'll drop by from time to time to respond to the main comments and any questions raised.