The star-studded night of entertainment includes Sport Relief Does Strictly Come Dancing with a special twist.

Sports stars who have already excelled in previous series take over as the 'professional' dancers and for one night only partner five raw recruits. The 2006 champion Mark Ramprakash teams up with EastEnders star Kara Tointon.

Roger Black is keen to show the judges he still has what it takes by partnering Olympic longjumper Jade Johnson, while rugby legend Matt Dawson completes the line-up with the first lady of British musical theatre Elaine Paige.

The kings of chat provide one of the most eagerly-anticipated TV showdowns of the year when Sir Michael Parkinson guests on a very special edition of Friday Night With Jonathan Ross. 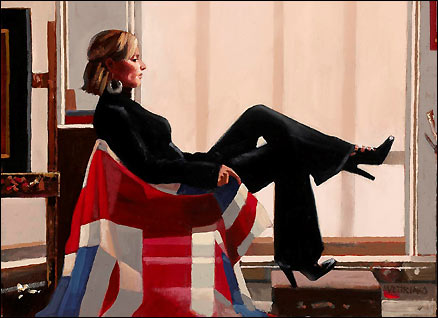 Jonathan Ross also plays at the Albert Hall, but as you've never seen him before in a special Sport Relief tennis match.

There's some heavyweight back-up for the two celebrities with Amir Khan mentoring Lemar, while Ricky 'Hitman' Hatton has been putting Shephard through his paces.

In Sport Relief Does the Apprentice Sir Alan Sugar gets to boss 10 celebrity candidates who will work their socks off over two gruelling days to raise as much cash as possible for Sport Relief, under the watchful eyes of Sir Alan’s trusty aides, Nick Hewer and Margaret Mountford.

The Top Gear team embark on makeover madness and give one of the all-time sporting greats the surprise of his life.

Joining Sue are Britain's most popular boxer Ricky Hatton and comedian Patrick Kielty, while Gary is teaming up with comedians Frank Skinner and David Mitchell.

The night also sees the culmination of the Sport Relief One Show Challenge as football legend Alan Shearer and Adrian Chiles complete their cycling challenge from Newcastle to London live in the studio.

We also find out whether James Cracknell, with a little help from David Walliams, can complete one of the most difficult sporting challenges ever - he is doing a triathlon from England to Africa.

Chris Moyles will also complete his Radio One Challenge live in the studio.

And, as ever, it’s up to you the viewers to rise to the challenge to make the difference. The money raised will go towards helping vulnerable people both at home in the UK and across the world's poorest countries.

In the build-up to the live show there's also a chance to see another side to four sporting heroes in Sports Portraits on BBC1 on Monday 10 March and Tuesday 11 March.

Zara Phillips, Ricky Hatton and Chelsea's Didier Drogba are painted and photographed by the world's top artists with fascinating results.

So there is plenty of great stuff to look forward to and it's sure to be a fantastic night of television but don't forget you can do your bit right now by signing up and getting sponsored for your nearest Sport Relief Mile.