Television Centre - shaping the next chapter 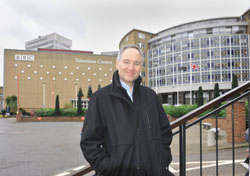 Now that the dust has settled and the ink is dry on the contract we can start to map out the next chapter in the life of BBC Television Centre (TVC).  The sale of such an iconic building with its long association with the BBC marks a major milestone in the BBC Estate Transformation and the closure of a particular chapter of my own role within the BBC.

TVC will become the home of our commercial businesses, BBC Worldwide and BBC Studios and Post Production (S&PP), who will both lease refurbished office and entertainment space from 2014/15.  BBC Worldwide will establish their new headquarters in the building, and following temporary relocation, S&PP will operate refurbished studios for television production, including the famous Studio 1.

Plans for the rest of the site will include a mix of leisure, office, and residential space. The new owners, lead by Stanhope Plc, have bought the site for a guaranteed consideration of £200m and the BBC will also take a share of future profits from the development.

It was felt that it was important for the BBC to retain a link to a building that has played such an important part in our history and has felt like a home from home for so many of us over the years. TVC was the world’s first purpose built television centre and we are delighted it will now remain a home of BBC creativity and production for many years to come.

To achieve this vision the BBC has agreed to work with Stanhope over the next few years and I have been asked to lead a new team in BBC Commercial Holdings to deliver the BBC pre-lets and ensure that we maximise the value of the sale  to the BBC.

This will be the last posting to this Blog as I will be moving to a new site next week.  I do plan to post BBC specific Blogs about TVC on the main Blog but will continue blogging about place making, the wider TVC story and the evolution of creative spaces.

For BBC focused blogs you can go to https://www.bbc.co.uk/blogs/

My Spaces and Places blog will move to https://blog.spacesandplaces.co

Let’s hope the next chapter is as exciting as the last one.

TVC - the next chapter 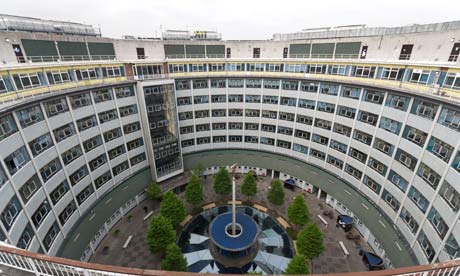 Last Friday the BBC completed on the BBC Television Centre. Rather than the expected sell out the deal will see the legacy protected.

As Caroline Thomson said, this deal will bring about a new creative hub for West London where Stanhope Plc will work in partnership with the BBC on the future of Television Centre.  In contrast with a traditional sale, the parties have agreed on a joint approach to build on the site's legacy and to build a new future for TVC that everyone can be proud of.

Part of this innovative approach or smart value solution gave rise to including in the new look TVC a new home for BBC Worldwide, and the opportunity for Studios and Post Production to return to operate studios including the iconic Studio 1.

Over the coming weeks I will be providing more information as we work with Stanhope to evolve the next chapter of TVC.

Early last Saturday morning the BBC exchanged contracts for the sale of Television Centre, it marks a successful end to a lengthy journey.

Chris Kane, was head of Corporate Real Estate at the BBC from 2004 to 2012, during this period he blogged about place making and the future of creative places such as Television Centre. For more updates on TVC - My Spaces and Places blog will move to https://smartspacesandplaces.com

You can stay up to date with Spaces & Places via these feeds.

After many weeks of intensive discussion and negotiation I’m pleased to say that the finishing line is in sight.  The last few months have been quite a rollercoaster as the BBC sales team engaged with a variety of...

On Friday afternoon I took some time out to watch one of the year's big racing events - the Gold Cup at Cheltenham. It was an exciting race which saw the contenders battle with one another to get into pole...

Monday’s FT reported on the progress the BBC is making in driving out greater cost savings from the property portfolio.The new look Broadcasting House which is now receiving its first round of occupiers will be fully operational by March 2013....

As we near the finishing line of the market testing process, here are some facts around the huge amount of interest the sale of this iconic building has provoked;- We set up a special website to ensure that we spread...