Munto Finance vowed to bring Championship football to Notts County within five years. In reality, they took the club to the brink of oblivion in five months.

The men who said they had the money to finance the dream - Nathan Willetts, his father Peter and Russell King - have apparently disappeared, but their destructive legacy remains.

County are £6.9m in debt. Their top earner is on £1m a year for five years, which accounts for about a third of the club's annual revenue. And the club has to pay the taxman £50,000 a month for the next year to stave off a winding-up order.

New owner Ray Trew and his chief executive Jim Rodwell are responsible for trying to clean the Augean Stables. 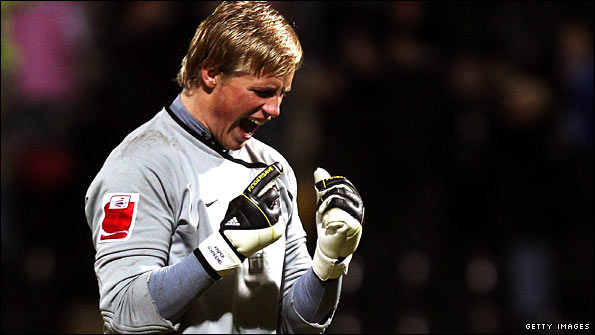 "We expected it to be bad, but probably not this bad," Rodwell, the former Boston chairman, told me. "The club was living beyond its means. We all know you can live like a king on credit for six months but after that you hit problems."

So it's been a frantic time for the duo following their arrival at Meadow Lane on 11 February.

Their first priority was to stop the club going into administration. Her Majesty's Revenue and Customs had issued a winding-up petition because of an unpaid tax bill of more than £600,000. A one-off payment of £321,000 and the promise of a further £50,000 a month for the next year averted that threat.

Rodwell and Trew are now dealing with the club's other creditors. First, they asked for written confirmation of how much each was owed. Next, they will discuss repayment schedules with them.

The duo also employed forensic accountants to go through the club's books, and Rodwell admits: "We've found some things that could lead to prosecution. I think we've got a moral obligation to get the police involved."

With County currently seventh in League Two, another big priority is to get promoted this season. Whether that happens or not, Rodwell will have to set about reducing the club's wage bill in the summer.

Football League rules stipulate that clubs can only spend 60% of their turnover on wages, but County had "blown the wage cap out of the water," according to Rodwell. As a result, the League imposed a transfer ban on County before Christmas. 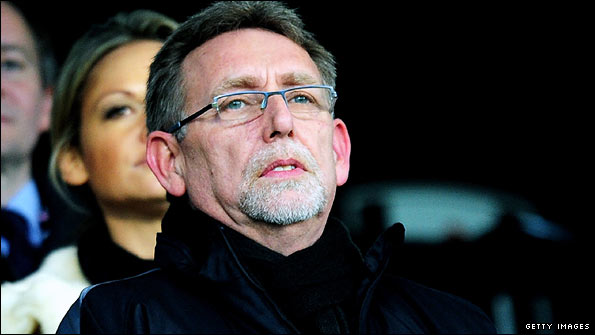 Rodwell, who says he was the "archetypal journeyman footballer" before becoming caretaker manager, director of football and then chairman at non-league Boston United, admits he has been taken aback by the scale of the wages being paid to the players.

"Some of our contracts are Championship level, if not even Premier League," says the former centre-half, whose biggest claims to fame as a player were helping Rushden & Diamonds win promotion to the Football League and finishing third in Britain's Brainiest Footballer quiz.

The biggest earner is goalkeeper Kasper Schmeichel, the recipient of that whopping £1m salary.

Peter Trembling, County's former executive chairman and the front man for Munto Finance, sanctioned the spending and admits Schmeichel's pay is "ridiculously high for the division". But he defends the other wages paid to the County squad.

"I always said we shouldn't sign the big names until we had money in the bank," Trembling insists.

When you consider that Sol Campbell walked out on a lucrative five-year contract after just one game and that former director of football Sven-Goran Eriksson made enquiries about bringing David Beckham to Meadow Lane, it's clear that things could have been much, much worse.

And the largesse wasn't confined to player wages. Eriksson travelled the country in a chauffeur-driven car, while his right-hand man Tord Grip flew around Europe scouting players. Fine if you have a hugely wealthy benefactor, but it turned out County didn't.

As I outlined in an earlier blog, Trembling claims he is as much a victim in this saga as anyone else. And it's true he put £500,000 of his own money into the club and has joined the lengthy queue of creditors waiting for their money.

He told me: "This has been a terrible time for me and I believe I have been on the verge of a nervous breakdown. The money I put into the club was virtually all I've got."

But many fans will have limited sympathy for someone who was Munto's tub-thumper for so long, and even the kindest will accuse him of having been naïve. After all, Trembling continued to defend the project even as evidence mounted that it was built on shifting sands.

Certainly Rodwell was sceptical as he monitored the surreal events at County from afar last summer.

"Like everybody else, I raised my eyebrows when the new owners came in and made these lavish promises," he says. "I know the lower leagues very well and things just didn't stack up. I always had a deep suspicion that it would all end in tears."

Which of course it did, and Rodwell himself is now the man picking up the pieces.

I'm a sports news reporter and write about most sports, but especially football, rugby union and cricket. I'll try and give you some insight into the stories setting the agenda in this blog. You can also follow me on Twitter.

You can stay up to date with Simon Austin via these feeds.