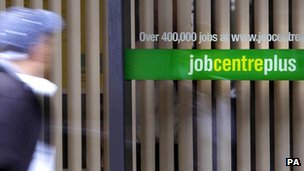 As youth unemployment is predicted to reach 1 million and the Bank of England is expected to cut the UK's growth prospects to 1%, commentators suggest what should be done for the economy.

Kiran Stacey says in the Financial Times that ministers should look less at education and more at the benefits system for how to avoid creating a "lost generation":

"Labour started the New Deal for Young People in 1998, which gave all 18-24 year olds out of work for six months or more a personal job adviser. According to one evaluation, this reduced joblessness in this group by 20 per cent. So when in 2004, the government's focus shifted from young people to lone parents and those on incapacity benefits, that may have been a reason for youth unemployment to start rising again."

According to David Green in the Telegraph, the underlying reason for lack of growth is that UK banks are not lending enough -so the government should step in:

"To achieve a revival of manufacturing the Government needs urgently to establish an industry bank charged with making investment decisions on commercial grounds.

"Economists worried about the state 'picking winners' should relax. Setting up an industry bank would be following the example of our main rivals in the free world: America and Germany. The ideal to aim for is a blend of America's Small Business Administration and Germany's state development bank, KfW. If it's OK for capitalist America to subsidise business investment, it should be OK for us."

"If the government would only be bolder and could overcome the nervous ninnies in parts of the Treasury, there are all kinds of supply side improvements that could be made.

"Among the changes might be tax simplification, including a single tax rate for national insurance and income tax to remove the burden on business. Another would be the removal of the 50 per cent tax band so as to enable our best companies like Diageo, Rolls-Royce and GSK to keep senior staff in the UK."

The Guardian's editorial warns against jumping to the conclusion that the eurozone crisis is to blame for unemployment in the UK:

"British companies are freezing the recruitment of young workers today in the here-and-now of 2011 not because of the eurozone but because of conditions existing in Britain already. Those conditions predate the current implosion in the euro group. The woes of Britain's jobless should not be laid at the door of the European Union."

Also focussed on who is to blame, Leo Barasi says in Liberal Conspiracy that people are no longer blaming the previous government for the current state of the economy:

"Labour's position is still not good. Their argument, that the crisis was international and the UK's debt was a necessary investment to avoid a worse recession, has apparently still not won through.

"They haven't gained much ground on this question the last few months. But half the country now blames the coalition for the cuts, at least in part. The present switch in the government's line from "we're clearing up Labour's mess" to "we're facing a European crisis" perhaps reflects a recognition that the first letter has had its day."