Daily View: What will it take to save the euro? 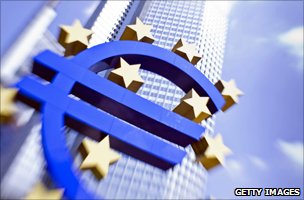 Following the appointment of new prime ministers in Italy and Greece, commentators give their recommendations to save the eurozone.

Wolfgang Munchau says in the Financial Times that eurobonds are now the only way to save the eurozone:

"The presence of a risk-free asset can hardly be overstated in a modern financial system. Each insurance company, each pension fund needs to invest part of its income in such assets. Through a combination of short-sightedness and financial illiteracy, the European Council has now put itself in a position where it desperately needs Eurobonds, if only to assure the existence of a functioning financial sector."

But the Times' David Wighton disagrees. He says the answer to the eurozone crisis is in copying America:

"When debating where the eurozone should go from here, many observers point to America as the model. The 50 states share a common currency but this only works, the argument runs, because alongside monetary union they have political and fiscal union. Rich states need to make big financial transfers to the poor, which means they must have more say over how the poor states are run. This line of thinking concludes that if the eurozone wants to keep the single currency - and to bail out members that run into trouble - it needs to move further towards common tax and spending policies. And that requires more political integration.

"But, according to one top American official, this is taking the wrong lesson from America. What the eurozone should be focusing on is the discipline that comes from the 'no bailouts' rule. Greater integration of tax and spending policy is not the only option."

The Telegraph's Ambrose Evans-Pritchard says a choice has to be made to save the euro:

"There is no possible way at this late stage to reconcile Italy's needs for massive devaluation with Germany's hard-money doctrines. One or the other must give."

The Independent's editorial suggests that if the fate of the whole eurozone is in the hands of Italy's new Prime Minister Mario Monti:

"If they [the markets] detect any loss of resolve and momentum, interest rates will climb again, once more crossing the threshold of 7 per cent. In that case, alarm bells will be ringing all across Europe for the simple reason that, as has often been said, the Italian economy is too big to rescue. No financial firewall currently exists to guarantee debts as large as Italy's, so a default might then be unstoppable, inflicting such damage to those banks in neighbouring countries that are most exposed to Italian debt that the single currency could not survive the shock."

But the Guardian's editorial expresses concern that the unelected leaders in Greece and Italy will eventually be more trouble than they are worth:

"The dispatch of elected if flawed prime ministers in Greece and Italy, and their replacement by supposed economic experts, is viewed not as a problem but as an affirmation that these nations mean business. In the Italian case in particular, this weekend's departure of the undoubtedly dreadful Silvio Berlusconi has for the moment soothed political nerves frayed during last week's bond market rout. But the installation of a new cadre of leaders such as Lucas Papademos in Athens and Mario Monti in Rome - men being ubiquitously branded as 'technocrats' - will soon raise more questions than it has answered."