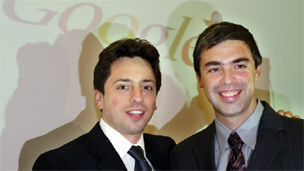 On Tech Brief today: Google: the Movie, Star Wars remakes and a vain German robber gets caught out by his e-mails.

• It sounds like the plot of a movie. A computer virus infects vital systems and ends up causing a plane crash. Now, Spanish magazine El Pais says that it believes that is what happened two years ago when a Spanair passenger plane crashed at Madrid Airport in 2008, killing 154 people:

"The Spanair central computer which registered technical problems for planes was not functioning properly because it had been contaminated by harmful computer programs."

• Mikko Hypponen of security firm F-Secure gives his take on the news. He says that he is unable to confirm whether a Trojan was responsible, but he says that there are several well-documented cases of infections attacking critical infrastructure:

"The network congestion caused by Slammer dramatically slowed down the network traffic of the entire Internet. One of the world's largest automatic teller machine networks crashed and remained inoperative over the whole weekend. Many international airports reported that their air traffic control systems slowed down. Emergency phone systems were reported to have problems in different parts of the USA. The worm even managed to enter the internal network of the Davis-Besse nuclear power plant in Ohio, taking down the computer monitoring the state of the nuclear reactor."

• David Kravets at Wired's Threat Level blog reports on the story of a Hawaiian gamer who is suing the maker of the online game Lineage II, saying that he is addicted to the game and is "unable to function independently in usual daily activities such as getting up, getting dressed, bathing or communicating with family and friends"@

"Craig Smallwood, the plaintiff, claims NCsoft of South Korea should pay unspecified monetary damages because of the addictive nature of the game. Smallwood claims to have played Lineage II for 20,000 hours between 2004 and 2009. Among other things, he alleges he would not have begun playing if he was aware 'that he would become addicted to the game'."

• People always say that news stories about them portray them incorrectly. Now, reports Mike Masnick at Techdirt, a bank robber in Germany seems to have let vanity sometimes get the better of him:

"[He] contacted the press and the police to correct the 'errors' in their reporting on the crime, noting that they got 'his age, height, mode of escape and accent wrong.' Of course, e-mailing that info made it easy to track him down, and a few hours later he was in custody."

• The rivalry between Facebook and Google continues, but this time it has moved to the silver screen. Later this year, a movie about the founding of Facebook is due out. Hot on its heels will be a movie about Google, according to Mike Fleming at Deadline:

"Michael London's Groundswell Productions has teamed with producer John Morris to acquire movie rights to the Ken Auletta book Googled: The End of the World As We Know it. They will use the book as the blueprint for a feature film that tells the story of Google founders Sergey Brin and Larry Page and the fast rise of the juggernaut web business that made them billionaires."

• And if that weren't enough for film fans, there is now a new Star Wars film on the horizon. Well, a remake. Made by fans. Brought together on the internet. The first clip has just been released:

"It's made up of all the highest-rated scenes voted on by the fans. We have a fully-edited version of the movie produced, but we are working through the legal issues in order to bring that to everyone as soon as possible. "