Daily View: Was the Budget 'progressive'? 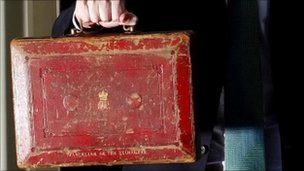 Commentators discuss the report by the Institute of Fiscal Studies (IFS), which said the Budget has hit poorest families the hardest.

The Daily Mail editorial argues if the Budget is regressive, it is because of Labour's legacy:

"[I]t's plain that Labour's labyrinthine and unaffordable system of benefits and tax credits has created a vast new class of state-dependent families, desperately vulnerable to spending cuts. For them, the worst cruelty has been that the system has locked them into poverty, draining incentives to work or to move up the pay scale."

In the Guardian Larry Elliot also points to the Labour legacy, but in a favourable light:

"To the extent that the rich do lose out over the coming years, it will be because of changes bequeathed by Alistair Darling when he was chancellor. Indeed, Labour tended to play down just how progressive its budgets were, while the coalition has bragged on, falsely, about its commitment to fairness. As the IFS makes plain, the big losers from the budget will be poor working families with children and those dependent on state benefits: the same people, in other words, who lost out in the Thatcher budgets of the 1980s."

The Times editorial suggests that defending the "progressive" nature of the Budget was ill advised:

"This sort of finessing, designed to present the Budget in the glow of good publicity, is exactly the sort of trick that used to seduce Gordon Brown every year. The better course would have been to accept the verdict of the IFS, with a rider about the impact of growth to come, and to look at other countervailing policies to ensure that the burden of reducing the deficit is fairly shared throughout the population."

Under his blogger name Guido Fawkes Paul Staines argues the coalition government should aim to be fair rather than progressive:

"Fairness is a better battlefield to fight on. Is it fair to expect the minimum wage office cleaners, dustbin men, burger flippers and night security guards who work long hours getting up whilst those on welfare sleep, to pay higher taxes to support those who don't work? Effectively transferring income from the working poor to the workless poor. What is fair about higher taxes for the lower paid"

In the Spectator James Forsyth continues the argument on using the word progressive to describe the Budget, saying it just needs to be redefined:

"Take the left's language not its metrics. I'm all for raids on the left's linguistic territory; there's no reason why Labour should have a monopoly on the words 'fair' or 'progressive'. But the right's definition of it must be different from the left's. It can't all be about redistribution."

The Economist predicts the IFS report will not be the last word on the matter:

"Gordon Brown was a great redistributor according to this kind of analysis, and yet income inequality got worse during his reign. His measures no doubt prevented it deteriorating even further but a better solution is to get more of the 5m working-age people on benefit back into work. Cutting public spending will always tend to bear down on poorer people, but does anyone seriously think that Britain could continue with public expenditure close to 50% of national income? The strongest riposte from the government is to stress that there is nothing fair in saddling tomorrow's taxpayers with today's debts."