This page has been archived and is no longer updated. Find out more about page archiving.
BBC Scotland Homepage
Scotland's Music
« Previous | Main | Next » 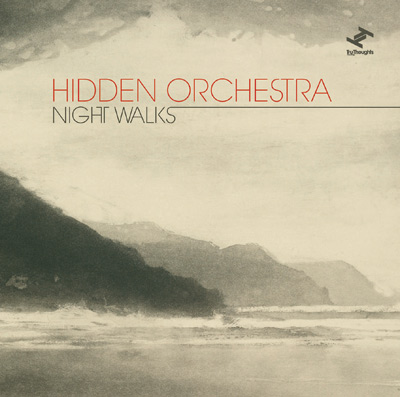 Having built a solid reputation with a collection of brilliant performances supporting the likes of Bonobo, Gilles Peterson and The Bays, the Edinburgh-based Joe Acheson Quartet came to the attention of the highly esteemed label Tru Thoughts. The quartet signed with the label and, after a quick costume change, became the Hidden Orchestra. Hidden inside this particular orchestra are Joe Acheson, Poppy Ackroyd and the drumming duo of Tim Lane and Jamie Graham and their debut album "Night Walks" is set to land on the 20th of September.

Taking influences from artists as far and wide as Stravinksy and Squarepusher, the band perform what can only be described as a beautiful noise, switching from ethereal atmospherics and melodies to high tempo'd drum lead overload. Each track starts simply and quickly becomes piled high in layer after layer of instrumentation, with several tracks featuring six drum kits in use throughout and over 100 channels of audio.

The band popped into The Jazz House on Radio Scotland a while back and performed the brilliant "Blues In The Night" - a re-recorded version of which appears on the album as "Footsteps" (available to download for free from the band's Bandcamp page). We were there to film the session and this should give you more of an idea of what makes the Hidden Orchestra tick:

Welcome to our blog. We are the web arm of BBC Scotland's Music department, and we produce a website called Scotland's Music. We cover festivals and sessions from all genres of music in Scotland, from dubstep to bagpipes. Look out for regular featurettes, reviews, general outpourings and surprise guest bloggers.

You can stay up to date with Scotland's Music blog via these feeds.