This page has been archived and is no longer updated. Find out more about page archiving.
BBC Scotland Homepage
Scotland Learning
« Previous | Main | Next »

Sink your fangs into Scottish vampire fact and fiction

Following on from his blog post about Charlie Higson's zombie invasion of BBC Scotland, Craig Jackson wrote for the Scottish Book Trust about the rise of the zombie. Now his attention turns to the dark, shadowy and immensely popular world of the vampire. How about engaging your students by connecting the vampire's tale to history, literature, science and perhaps surprisingly, Scotland...

If you've spent the last two decades resting in an open coffin or skulking along the stone passages of your dank ancestral crypt, surfacing only in the black of night in search of the blood of innocents, then it might be possible that you've missed the recent popularity explosion of vampires in popular culture. They have abandoned their gloomy castles and stepped into the limelight where some have begun to glitter. 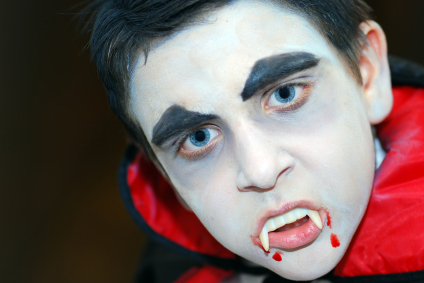 From Anne Rice's An Interview with a Vampire to Bram Stoker's Dracula and of course Stephanie Meyer's huge Twilight series, vampires are everywhere. They're being played by huge Hollywood names like Brad Pitt and Tom Cruise; girls want to go out with them; they're in our cartoons and video games - and some of them are even teaching our children to count.

But fiends that feed on the blood of others are by no means a new concept in Scotland.

In traditional Scottish mythology, the Baobhan sith is a creature that has the form of a beautiful woman, and seduces young men in order to attack them and drink their blood.

Meanwhile, in 12th century border country, the undead wanderings of a deceased townsman known as The Vampire of Berwick, was held to be the cause of numerous deaths (though the plague is a more likely explanation).

The Vampire of Melrose Abbey is the tale of an impious chaplain cursed to have no peace in death, and Blair Atholl is the setting for another story in which two unfortunate men were attacked by a creature that drank the blood of one of them before flying away ... Glamis Castle is also said to have played host to vampiric deeds carried out by a servant who, according to legend, was walled up alive in a secret chamber ...

In literary terms, Scotland has another vampiric claim to fame.

Emily Gerard, an author from Airdrie, was the first person to bring the word "nosferatu" or "vampire" into western European use. Gerard's interest in Transylvanian folklore came from her husband - an Austro-Hungarian chevalier, who was stationed in a small town there.

Her collection of Transylvanian myths and legends are known to have influenced Bram Stoker's classic 1897 novel Dracula.

Gerard may not have been Stoker's only Scottish inspiration though. The remote, imposing features of Slain's Castle in Aberdeenshire is said to have inspired Count Dracula's Transylvanian castle.

Dracula may not have been the first vampire novel, but it has become the most well-known and is undoubtedly responsible for bringing vampires to the masses. Stoker's original novel has sired countless works based on the Transylvanian count with portrayals from actors like Max Schrek, Béla Lugosi and later Christopher Lee that have led to a cult following. The survival of the vampire in the horror genre appears secure for many years to come. 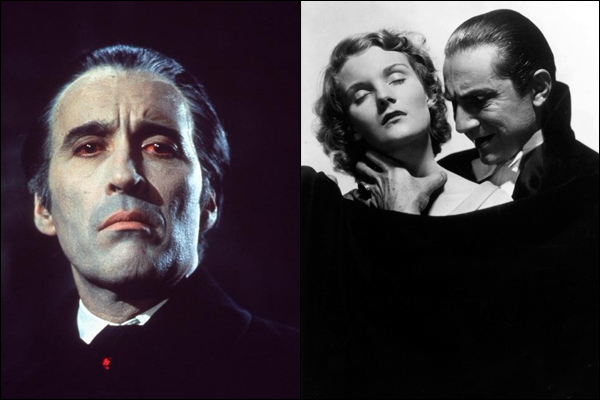 Back in the 1950s, the lore of the vampire manifested itself in Scotland's largest city where the lines of fiction and real life for a while became surreally blurred in the minds of the young. Hundreds of children, armed with sharpened sticks and knives, gathered in the Glasgow Necropolis in an attempt to seek out and destroy a vampire who was said to have iron teeth and to have killed and eaten two children in the Gorbals area of the city. At the time the immediate blame was aimed at the horror comic books from America such as Tales from the Crypt and The Vault of Horror which were becoming popular among the youngsters of the time. You can hear more about the Gorbals Vampire on Radio Scotland and Radio 4 on Sunday, 31st October.

With Halloween on its way, here's my personal top 10 favourite vampires...

Have I missed anyone? Have a fangtastic Halloween!

BBC Scotland Learning will bring you diary updates of our latest developments, production tales and things we've been learning while out and about at schools and conferences. We'll also include information and links to programmes, websites or events from across the BBC — content we think would be useful for teachers, parents and learners in Scotland.

You can stay up to date with Scotland Learning Blog via these feeds.

...or enter keyword(s) below to search our database of over 5000 video and audio clips:-

You can also sign up to receive the BBC Schools Newsletter of latest developments and things to look out for, direct to your inbox.