There is an adage in Formula 1 that if a team shows form at Barcelona's demanding Circuit de Catalunya in the winter then they are in good shape to go racing.

Over the final two pre-season tests in Barcelona, team analysts have been poring over reams of data, calculating fuel levels and conjuring tyre tactics to try to find out where their team falls in 2011's pecking order.

The teams were unanimous in one thing - Red Bull will once again be the ones to watch in 2011.

But as the field of 12 teams prepares to race under new regulations for the new season, the champions may not have it all their own way.

Just like last season, Ferrari are not far behind Red Bull.

Nevertheless, after four pre-season tests, it is widely agreed Red Bull have an advantage in both qualifying and race pace. 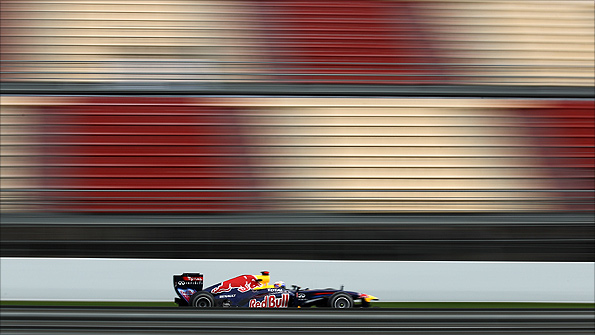 The Red Bull has looked ominously fast in all conditions in pre-season testing. Photo: Getty

In terms of pure pace, the champions have yet to push the RB7 in full qualifying trim - with some insiders saying they believe the car has never been on track with less than 80kg of fuel on board when 10kg is usually enough for qualifying.

Despite this, world champion Sebastian Vettel and team-mate Mark Webber have managed to top the timings in Barcelona four times out of eight days between them.

Red Bull have also raised eyebrows with their consistency and speed over longer spells on track.

Analysis of Webber's long runs at the final test suggested that after 10 or more laps he was 0.7 seconds per lap faster than others, showing the car has pace and is kinder on the tyres.

That could be crucial in a season when tyre wear and management is expected to be key factors.

Over at Ferrari, championship runner-up Fernando Alonso and his team-mate Felipe Massa have both shown pace in shorter bursts and strength in race simulations, but analysts point to tyre life as a potential weakness for the Italian marque.

After teething problems in the first three tests, Mercedes bared their teeth in Barcelona as Michael Schumacher was unassailable at the top of day four's timesheets in the heavily upgraded Mercedes.

Insiders within the team are confident they are now the third fastest team on track - if not the second.

Behind Red Bull, Ferrari - and now perhaps Mercedes - the pack tightens around the midfield of Renault, Williams, McLaren, Toro Rosso and Sauber.

After a catalogue of headaches, from exhaust, hydraulics and engine problems to a lack of spare parts, McLaren have done little to show they will start 2011 where they left off as F1's third fastest team.

The mood within McLaren has swung between concern, voiced painfully by both drivers Lewis Hamilton and Jenson Button, and optimism that things will better.

And on the plus side, it would not be the first time McLaren have had to battle back from a difficult design through determined development. 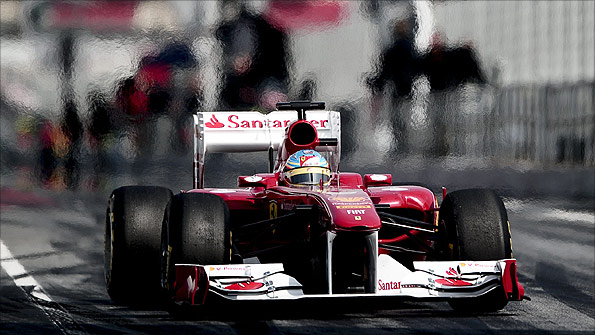 Ferrari appear to be best of the rest - just as they were in 2010. Photo: AFP

"If you had to pick a team on the grid who could make most progress throughout the course of year, McLaren are the ones to flag up every time," one rival team insider commented.

"In 2009 they took a car that was 3.5 seconds off the pace of the [eventual champions] Brawn to races wins at the end of the year."

Of 2010's three new entrants, Team Lotus appear to have made the most progress - on pace alone the Norfolk-based team have made up at least a second over the winter to move closer to Force India at the back of the pack.

There is, however, a view up and down the paddock that Formula 1's new regulations could upset the form book.

When Pirelli won the contract to supply the sport's tyres this season in place of Bridgestone, the Italian company was asked to make the rubber less durable in the hope that it would spice up racing.

The early signs are Pirelli have delivered on what was asked of them.

Throughout the four pre-season tests, two themes have come up time and again; how quickly the Pirelli tyres are degrading and the performance difference between the four compounds.

For the first three races in Melbourne, Malaysia and China, the teams can only choose between the soft and hard tyres.

Pirelli motorsport director Paul Hembery predicts the soft tyres will last between 10-15 laps and the hards up to 25.

One experienced F1 race engineer estimates the difference between those tyres could be worth as much as 1.3 seconds a lap.

Tyre selection and when to change them during a race will be crucial to deciding 2011's winners and losers.

Team strategists believe by getting it right - or wrong - strategy calls could be worth up to six positions.

"The team with the fastest car may not necessarily win the races," warned Mercedes team principal Ross Brawn.

"If you are out on track on the wrong tyre at the wrong time, people will overtake you. There is more potential to get it wrong than there was last year. It's a challenge I'm relishing."

The pit wall strategists and the drivers will have to work together to determine tyre strategy over the weekend.

Drivers who have a good feeling for tyres and how to manage them - the likes of Schumacher, Button and Renault's Nick Heidfeld - will use that skill to their advantage.

The return of the kinetic energy recovery and power-boost system (Kers) and the introduction of the moveable rear wing also increase the pressure in the cockpit.

"Drivers used to drive the car and were not that good at controls and switches; now they are totally dominated by them," explained Williams technical director Sam Michael.

"It will be a real thinking game now; tyre degradation, how you are using Kers and the rear wing. You are going to see drivers making some mistakes, that's for sure."

At the final test in Barcelona, the F1 field were beginning to tire of looking into their crystal ball to respond to questions on form and expectations for the new season.

In less than two weeks' time, the drivers will race through the leafy surroundings of Melbourne's Albert Park and find the answers - whether they like them or not.