I spoke last week at a lunch organised by the Broadcasting Press Guild.

It's one of the more intimidating outings for a broadcasting executive because the media correspondents from many of the national newspapers are there - from The Guardian to The Sun - and it's also "on the record": everything you say can be reported.

A small number of stories did emerge - about the technology we're planning to use and about the Opening Ceremony, where I'd note that "creative risk" remains a good thing in my book.

But what generated almost no coverage was the disclosure that we won't have a formal daily highlights programme for the London Olympics in the way that we have done for previous Games.

The reason it didn't make headlines, I'd like to think, is that the case is a rational one: the scheduling makes it difficult, and viewing habits have changed.

But I know a previous blog on this subject a couple of years back received some mixed reaction, so let me spin through the argument in a bit more detail.

First, the live action from the London Games will continue until almost midnight.

Not all of it will be front-rank sport, but we want the ability to take you to the continuing live events whether it's basketball or beach volleyball or boxing.

In which case it's impossible to schedule highlights on BBC One until midnight - and if you were waiting for a particular sport it might not take to the air until close to 1am.

This is a different case from Athens, the last time the Games were in a European time-zone, where the two-hour difference meant the action finished early enough to allow for a highlights show. 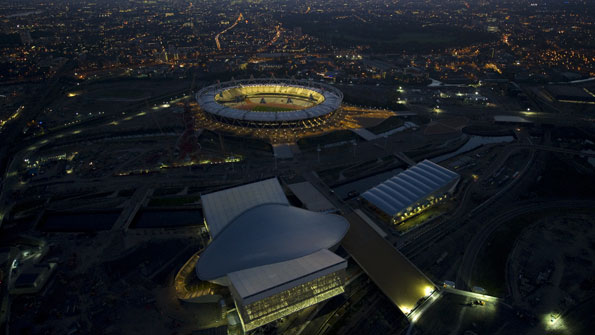 But second, the thinning out of the sport schedule as the day winds down does allow for the programme that will come on air at 10.40pm - hosted by Gabby Logan - to combine the live sport that remains with some of the biggest moments of the day that's passed.

In particular, we expect to get many of the medal-winners into the studio for this programme; so we'd hope to celebrate their achievements and watch their performances with them, interspersed by updates on the action that's continuing.

This mixed approach makes more editorial sense than that programme being either live only or highlights only.

The third big factor in our thinking is that there's now a multitude of ways to catch highlights without there being a dedicated show.

There's the sport website, which will include the ability to rewind and review any session; there's the iPlayer; and there will be headlines including clips of the best bits across our BBC One and BBC Three schedule, including the news bulletins.

And the evidence of other sport events is that audiences for highlights have dwindled massively, precisely because there are so many other ways to see what you want.

But even then we're making sure we do cater for people who want a digest of each day's Olympics with a high story count and all the relevant information.

There will be special editions of Sportsday on the BBC News Channel at 6.30pm, 10.30pm and 0.15am - with the latter also broadcast on BBC One - so you can catch anything you may have missed. If there's something you want to see at greater length, the choice will be yours via all our catch-up services.

Additionally, as we announced a few months back, there will be a 3D highlights programme - a chance to see the day through a different pair of lenses - scheduled on the BBC HD channel around 11pm each night.

As a statement of the obvious, this will only include sport that was filmed in 3D for the world feed; so it won't include some non-3D sports like rowing and sailing.

Finally we will, of course, also be reviewing the Games at the end of the 17 days.

The ultimate highlights programme is likely to run in the hour or so before the Closing Ceremony and that will be the polished, considered view of the whole of London 2012 in the same style as our much-appreciated review of Beijing in 2008.

The aim overall: that you need never miss a moment, and that we'll help you find anything you want to view live and then again at the time of your choice.