It was in September 2009 that I first wrote in this blog about our technical ambitions and the possibility of some 3D coverage of London 2012.

Here's what I said at the time: "We could, and I believe should, capture some of the Games in 3D. Nobody would expect the Games of 2012 to be comprehensively in 3D because the technology will be nothing like widespread enough; but it would be a shame not to have any images of London that were part of an experiment with what will be one of the next big waves of change."

That was followed up last summer with a specific piece about 3D - which generated some pretty polarised comments.

And they, along with market analysis and wider audience research, have helped shape our policy on 3D for London 2012.

We've always been clear we were never going to have a 3D channel for the Olympics and the BBC's overall approach to 3D has been very much on the lines of an experiment around special events like Wimbledon and Strictly Come Dancing.

This caution has been in line with consumer demand - 3D has spread more slowly than we perhaps expected in 2009 and there have been interesting developments abroad with France's Canal Plus announcing that it's stopping its 3D channel because it just hadn't met its targets. 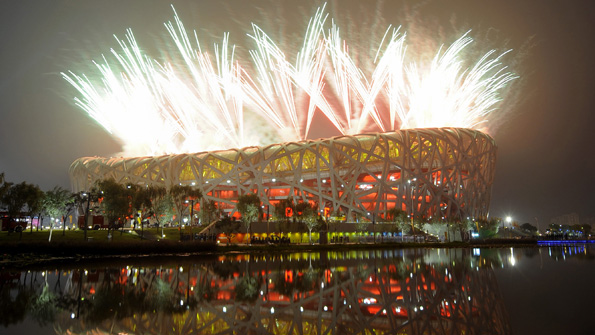 But we do believe it's right for the BBC to go ahead with a 3D experiment this summer.

First, it's part of the story of innovation around the London Games - and with the host broadcasters' feed available in 3D we wanted to share some of that with UK audiences.

Second, the industry will only know what customers want if we have actual data on their use of 3D and there's no bigger stage on which to try this out than the Olympics.

So here's what we're announcing today that we intend to offer in 3D:

We've chosen these events partly because they mark the pinnacles of the Games but also to minimise the loss of HD that is a consequence of our 3D service.

For the nightly highlights, they'll feature a range of sports on the BBC HD channel after the live action has finished. In other words, this is using "spare" capacity on BBC HD.

I should note it's not yet clear how much of the ceremonies will be shot in 3D but otherwise opening and closing have the advantage that there's no competing sport, and therefore no loss of choice for HD viewers. But that wouldn't have been the case if we'd expanded our 3D coverage over the rest of the 17 days.

So if we had, for instance, decided to do a whole night of athletics in 3D on Friday 3 August then we'd have lost swimming and other sports from BBC HD - which would have disadvantaged the far larger number of people who'd want to watch that.

The aim, then, is to showcase 3D for the biggest moments but to preserve choice in a world of conflicting demands. We'll look forward to your feedback now, but more especially in Games-time, about whether we've got that balance right.