I was surprised to read newspaper stories a couple of weeks ago that a BBC executive was "admitting" Olympic coverage would dominate every service next summer. I was even more surprised to see that the person alleged to have said this was me.

That's because I've always tried to be clear that we want to do two things. Yes, we want to do justice to the biggest sporting event on the planet and to the story of 2012 as a truly exceptional year.

But we also want to make sure that we don't remove other people's favourite programmes and that there are sanctuaries for people who don't want to go Olympic-crazy.

It's the usual point about balance in all things.

Today there's a set of announcements by the BBC Trust about how we intend to achieve that. And they reflect how we're helped by the expansion of digital services that allow us to offer more choice for everyone: the Olympics in greater depth than ever before, but the preservation of non-Olympic zones too. 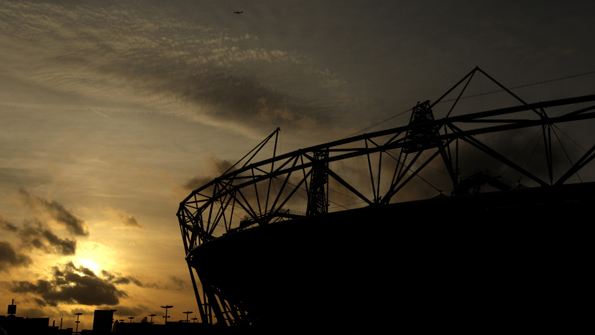 Coverage will bring viewers close to the Games from dawn until dusk. Picture: Getty Images.

There are three key steps that have been approved by the Trust.

1. We will extend BBC Three's hours during the Games so that it can offer a daytime sport service alongside our earlier decision that BBC Three would be one of the channels carrying Olympic coverage in peak.

This means that for the key moments from the start of the morning sessions onwards we will have both BBC One and BBC Three in play as flagship services delivering the best live action.

This is being achieved partly by using the BBC Parliament bandwidth as we did in Beijing, but making it easier to find by putting it under the BBC Three banner rather than as an additional red button stream.

2. Radio 5 Live will add another digital service, again as a temporary measure during the Games.

This means it can deliver its customary mix on 5 Live but also in-depth coverage on DAB alongside the regular 5 Live Sports Extra - which will be able to maintain its commitment to cricket and other non-Olympic action.

3. As part of our commitment to bringing you live Olympic sport from every venue from first thing in the morning to last thing at night, the Trust has agreed to a temporary expansion of our video online hours - recognising that some sports will be accessed principally via our website.

What this adds up to, we believe, is something that will greatly add to the enjoyment we can offer to sports fans. This is building towards our most ambitious Games-time service ever, recognising our role as the host nation broadcaster in 2012.

But it also means significant areas of the schedule - like BBC Two peak and BBC Four or our other network radio services - will not be over-run by athletes, and they can focus on what they do best including some of the Cultural Olympiad.

Now that the Trust has approved the management plans, we can sharpen the day-by-day planning - and we'll report back here in the coming months on the detail.