There was a small piece of broadcasting history this weekend when the Wimbledon finals were shown in 3D on the BBC's HD channel: the first time the BBC has broadcast a live sport event in 3D on television and a first for the world's greatest tennis tournament too. You can read an account of how it was done by my colleague Andy Quested here and an overview by our head of 3D Danielle Nagler here.

We offered an experiment with 3D in cinemas for the Six Nations in 2008; and broadcasters in the UK and in the rest of the world have been transmitting sport and other content in 3D for a while

3D itself is actually rather old technology with the first movies dating back to the 1950s; and people of my generation were jumping out of their seats when Jaws went into 3D in the 1980s. So the current resurgence of 3D, with its spread to television, poses the question of whether this time it's here to stay?

Some of the major industry players believe it is, and Panasonic - one of the IOC sponsors - made a play last week for 3D coverage of the 2012 Games. 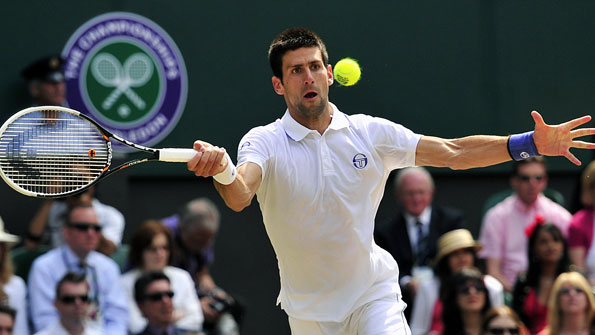 3D at its best can make a strong impact

For the BBC, we've always agreed that some of the Olympics should be captured in 3D - though this would be a full 20 years after the pioneering of 3D in Barcelona by analogue cameras.

There's no doubt that 3D at its best is terrific to watch. As one of this weekend's reviewers noted, it can be realistic enough that you duck when the ball's heading your way.

But I've also seen some sport that looks pretty odd in 3D, and the consumer reaction so far hasn't been decisive - which means there are still doubts in the industry about whether 3D will become standard in the way that HD already has. That's echoed in the movie world where there's some evidence of audiences turning away from 3D.

We'd therefore be keen to hear your views. Did you catch any of Wimbledon this weekend either on TV or in a cinema? Are you a fan of the 3D football coverage offered by Sky? And how much appetite do you have for more sport or major events in 3D, or would you rather we offer as much as possible in 2D HD?

We'll be reviewing the audience research in the coming weeks and we'd also expect to see some decisions emerging about London 2012 - which means now's a good time to give us your thoughts.