Well, it's not a lion. That was the preferred choice of people who contributed to my last post - but that was, of course, before Wenlock and Mandeville were unveiled before the nation. 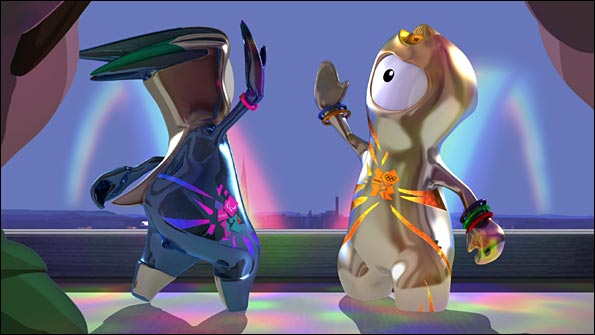 We also know the story of how they came into being - from steel being manufactured in Bolton for the Olympic Stadium. You can see the film telling the tale on the London 2012 website.

Now the mascots feel the need to be in London for 2012 - and the creative teams are working on the journey they'll make to be there in time for the Games.

As I've said before, the mascots are entirely owned by the London Organising Committee (Locog). But we've been aware for some time of what was being planned and - if creatures made from steel can be said to evolve - we've followed their evolution.

So do I have a view on them? Well, in this case it's irrelevant what I think. The judges are the people of Britain and beyond.

But what I would say is that, as a principle, we should encourage innovation. The point about many of the things we now take for granted - like the very idea of mascots - is that they were once pioneering and fresh ideas.

Whatever you think about London 2012 so far - and I note that many people are still not won over by the logo - it's showing a willingness to take creative risks.

As our sports editor David Bond commented in his blog, after the controversy over the logo there might have been a temptation to play safe.

But the organisers haven't done that. Instead, they're talking about something they hope will inspire children in particular and bring home the message of sport and 2012.

Anyway, it's now over to you. Tell us what you think - and I suspect our friends over at Locog will be having a look at your reaction, too.