The BBC and the Paralympics

There's been a bit of a flurry recently about the Paralympic Games, which will follow the Olympics in London 2012. People have spotted that the BBC doesn't yet have the broadcasting rights to the Paralympics and the issue has been taken up by some politicians.

So last Friday I was asked to appear on BBC radio's You and Yours programme to explain what we're up to, and you can listen to that section of the programme here.

As I said on air, we're keen to get into the rights discussion as soon as possible - and the indications are that the process will start this autumn. When it does, we may be more limited in what we can say. But for now our position is clear.

The BBC is proud of its long record of covering disability sport, for which we've won awards over the years. It ranges from events like the Paralympic World Cup to the way wheelchair races are integrated within the London Marathon and wheelchair tennis in our output from Wimbledon. 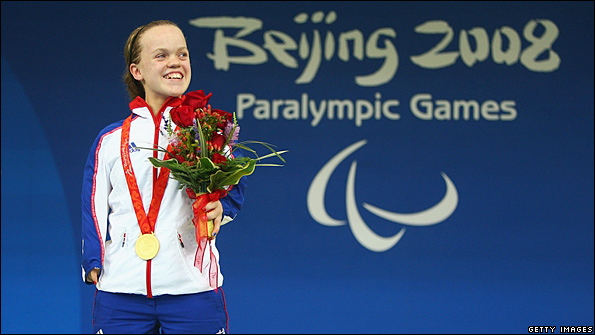 In particular, we've brought the Paralympics to huge audiences: a total of more than 20 million watched our coverage from Beijing, and the British heroes of 2008 were central to last year's Sports Personality Of The Year.

We were particularly pleased that Eleanor Simmonds got the recognition she deserved but she's just one of a number of Paralympians who've featured prominently on our airwaves - people like Tanni Grey Thompson, Ade Adepitan and David Weir.

As well as coverage on TV and radio, you'll see there's plenty online too with a complete digest in our disability sport section.

We don't, of course, think this gives us the rights to the major events of disability sport in perpetuity. But we do believe strongly that they should be available free-to-air to the largest possible audiences.

There's a risk in 2012 that the sheer size and scale of the Olympics themselves will mean that the Paralympics get less attention than they deserve - and it's sad but true that most world broadcasters left Beijing as soon as the main Olympics were over and were never seen again.

That was noted by the then Culture Secretary Andy Burnham in his speech at last year's Labour conference when he said:

"And don't you think the BBC did a great job in Beijing too? After the Olympics, the world's media departed China. The BBC - one of the very few international broadcasters to stay and cover the Paralympics. Doesn't that say something good too about British public service broadcasting?"

So our plans if we were to get the rights would again be to link strongly from the Olympics to the Paralympics - using most of the same key presenters and commentators.

We'd also put the Paralympics in the context of a huge opportunity for people with disabilities in the UK: a chance to transform attitudes and leave a legacy of achievement and greater understanding.