Snedeker hits the bar and sinks under par

Brandt Snedeker has hit on what he thinks is the perfect formula for the Open Championship; Boring golf, local beer and the voice of Tom Watson in his head.

It is working, because the "happy-go-lucky" American with the sun-bleached hair matched the lowest halfway score in Open history with rounds of 66, 64 over the last two days on the Fylde coast.

The 31-year-old from Nashville was as surprised as anyone because he has missed the cut his previous three Opens. But his three-point plan is reaping rewards as he leads Adam Scott by one and Tiger Woods by four going into the weekend at Royal Lytham & St Annes.

Snedeker, who has won twice on the PGA Tour and is ranked 29th in the world, has never previously shot a round in the 60s at an Open, having played at Royal Birkdale, Turnberry and Royal St George's.

But his policy of aiming to the heart of the green rather than at the flags has yielded spectacular success.

"I call it boring golf," said Snedeker, who has the look of a Johnny Miller-esque 70s throwback. 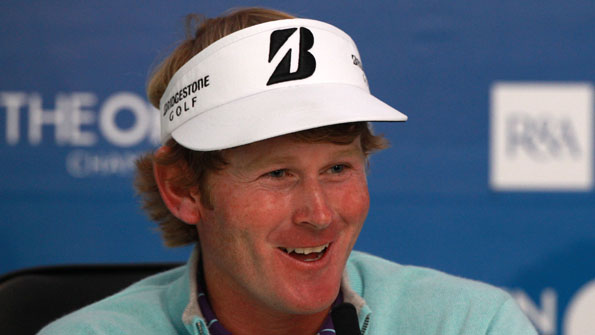 Snedeker's scorecard is still without a bogey after 36 holes Photo: PA

"I'm shooting away from every pin, trying to put it 25, 30 feet away and hopefully make some putts, which I've done the first two days and hopefully plan on doing the next few days."

The Watson connection comes from a practice round Snedeker played with the five-time Open champion at Royal Birkdale in 2008. Watson explained that the first time he came over here he wasn't a fan of links golf but the second time he came he loved it.

He told the Open debutant to embrace the challenge, to accept bad bounces, to expect the worst and hope for the best.

"It helped a bunch playing with him," said Snedeker. "I tried to do it the first three times around here, but unfortunately I was still too used to playing American golf, still too used to trying to play at pins and hit shots I probably shouldn't hit.

"Watching him play British Opens was phenomenal. And talking to him about it, the more I've gotten to know him, he really does embrace this lifestyle. He loves coming over here, loves being around the people, loves eating the food, loves being here."

Snedeker, whose older brother Haymes became the youngest judge in Alabama at age 28, seems to have taken Watson's appreciation of the locale on board.

"I enjoy the local ales, yes. The local beers are very good," he said, having been spotted by some reporters in local pubs earlier this week.

"I was not there late, you can attest to that. Might have been late there the first night, but trying to get over the jet lag.

Snedeker admits the rain has led to an "Americanisation" of the Lytham course with softer, more receptive greens than normal. He also likens the pace of the putting surfaces to the poa annua grass he is used to playing on back home, which might explain why, as he puts it, "I'm making every 25fter I look at". 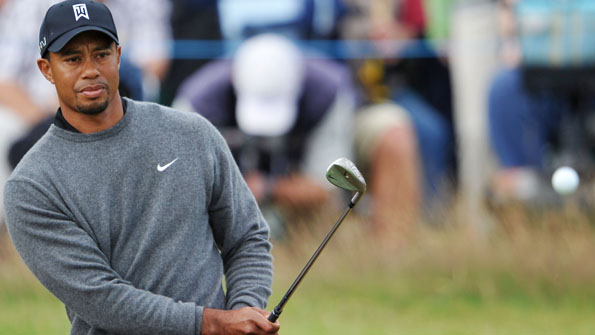 "I've never seen balls spin at a British Open before, and it's spinning this week," he said. "Having said that, it's still a links golf course. You've still got to get your ball around it. I'm sure it's probably going to show some teeth this weekend."

Despite his Open failures, Snedeker has already banked some experience of the business end of majors having played alongside eventual champion Trevor Immelman in the final round of the 2008 Masters. Snedeker shot 77 to end third but says he learned plenty.

"To watch Trevor handle the emotions and play the way he did the last 18 really taught me a lot about what you're going to have to go through. It wasn't an easy day that day at Augusta," he said.

"But I've been in some tight spots in the States and been in some play-offs so I kind of know what pressure feels like."

Having Scott behind him, another player chasing his first major, is one thing. And Scott has gone one closer at the Masters. But having an icon of the game desperate to get his pursuit of immortality back on track is another.

Woods, who has otherwise employed a cautious strategy, hitting his driver just three times in two rounds, sprinkled some of his left-over magic dust in the air on the 18th and promptly splashed out and in from a greenside bunker to promote a trademark fist pump.

It may have been fortuitous for the former world number one - though no more so than a Snedeker snake from 30ft - but it was the sort of spark that turned tournaments in his prime and did so earlier this season when he won at Memorial.

The grin that came with it suggested he knows it. But Woods, so desperate for that 15th major and first since 2008, tied for the lead after two rounds of last month's US Open before blowing it at the weekend.

Snedeker knows, too, that there could be plenty of pitfalls to come.

"It's pretty cool to see your name atop a major leaderboard at any time, let alone at a British Open," he said. "It's a great feeling. A great experience. But it gets you a whole lot of nothing.

"There have been a lot of leads lost after 36 holes. I'm going to try to buck that trend. "