Back in the Real world

On Monday I wrote a blog suggesting Chelsea's win in the Cup final was yet more evidence that only three teams are going to bag the major trophies (unless Arsenal get their act into gear) and the best of the rest, Everton, are still way behind.

Chelsea fans were quick to reject the insinuation that money has bought them everything, so here's some facts, just for you:

There are no prizes for guessing which teams came second, third and fourth. Fifth was Newcastle in both cases - which tells you all you need to know about the fantasy land that club's been living in for the last decade.

So yes, it is about the money. It's also, strangely, about how much debt you can get away with. I can't get meself a new credit card for love nor money but United, Chelsea and Liverpool can seemingly still cough up vast sums of cash while bank managers fall over themselves to offer them more rope. 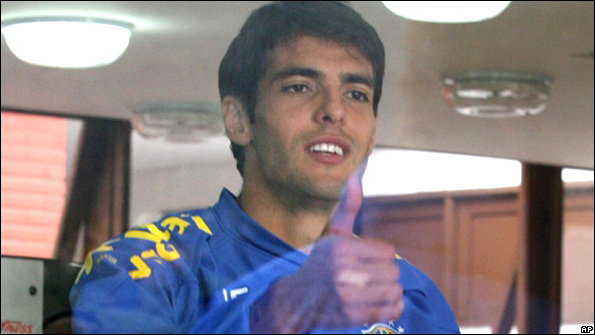 Presumably the finance directors of these clubs, when asked to pay a bill or two, just reply with an Arfur Daley-esque 'Slate!' and shuffle off to the latest meeting with some money-hungry football agent.

The silly season has started all over again. Gareth Barry and Kaka - the limited and the limitless in terms of talent - were both, apparently, staying loyal to their employers last season. Barry gave Villa one more chance to qualify for the Champs League last season, so we all knew he was off to Liverpool very soon.

Except clearly Gareth has more foresight than we imagined 'cos he's looking at making his Champs League debut in 2011-12 when Man City finally forge a team out of a ragtag collection of mercenary misfits.

Of course, it would help a lot in this age of outright cynicism for someone like Barry to stop using the stock phrases about ambition and set-up and just tell us what we know: 'They were offering me shedloads!'

We could do with a few more MPs admitting that 'the way the allowances worked meant you could top up your wages big time and so I thought, why not?' The truth is most of us would've done the same in their position, public money or not. Same goes for Barry.

Meanwhile we have the biannual spectacle of lots of different pronunciations of Kaka. (Car-Car, Cu-karrrrr and Cacker).

Only one club can lure the Brazilian out from the dark shadow formed by the hair dye dripping from Berlusconi's scalp. (Silvio looks increasingly like one of them bank-robbers who wears a transparent plastic mask over his face so that he is difficult to identify as genuinely human). It's unReal Madrid!

Perez is back so it's time once more for all this galacticos rubbish. In six months time the Real team'll be tripping out on to the pitch to that tune they use in Billy Smart's Circus - a bunch of jugglers, tumblers and artistes to delight and ultimately crashingly disappoint.

Perhaps Pellegrini will find a Makelele and a Puyol in there to knuckle down too or it'll be no different from the lazy fancy dans who've been fertilising the grass of Champs League teams this season.

I am in awe as to where Real find the money. At least with Chelsea and Man City you know exactly who's writing the cheques. But Real? I've come to the conclusion that in the mystical times of early Spanish football, the founders of the Bernabeu were lucky enough to build the stadium at the end of a rainbow and that pot of gold just keeps re-filling for all eternity.

Otherwise I swear they couldn't get a Ford Ka, let alone afford Kaka. Man City was a close shave for the Brazilian and ever since he's told anyone who'll listen that he wants to stay in Milan, but I fear the club have packed his bags for him.

It reminds us of why Barca are such a popular side. The team and its manager play to a philosophy, have the good fortune to have some homegrown players capable of putting that philosophy into action, and they have bought players who fit the model.

Wenger's done the same at Arsenal. You can't deny that Fergie, and increasingly Benitez, play to a set of principles and try to select the players that fit in with them. When the chairmen waft in, get out the equivalent of the World Football Argos Catalogue and pick 'n' mix a team according to their whims, that's where your troubles start.

I've said it before but there's these weird outer limits of world football where business is conducted like schoolboys negotiating football card swapsies in the playground.
So if you're reading this, Senor Perez - we'll give you Tuncay, Sanli, Stewart Downing and David Wheater for Ol' Horseface and a random Dutch midfielder. It's a bargain, mate. Tell you what - we'll give you £1m if you take Afonso 'n' all.

Meanwhile, Steve Bruce's managerial career continues to take almost as many detours as that conk of his. Apart from a loyal stint at St Andrews, a job which to be fair he was pretty much pushed out of, he's been a bit of a grasshopper has Brucey.

Still Wigan's home gates filled even less of the stadium than the Boro's, so you can't blame him for wanting to chance his arm in front of 50,000 nutters every week. Good luck to the bloke - at least he's spared himself the usual St James' Park speculation for one more season.