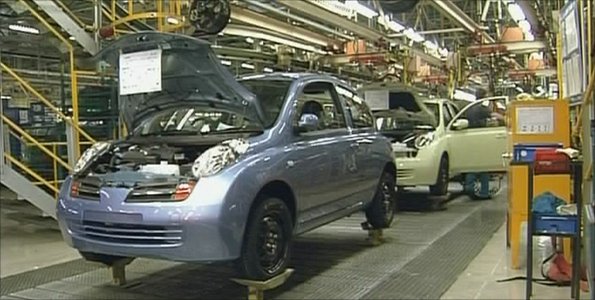 Nissan's Wearside car plant is among those to get grants from the Regional Growth Fund.

The Government says it'll create thousands of jobs and play a key part in rebalancing the economy away from its dependence on the South and financial services.

Labour says it's a poor substitute for Regional Development Agencies, and will only produce a fraction of the growth the country needs.

But at least we now know where the first tranche of money from the Regional Growth Fund is going.

The fund is there to create private sector jobs in areas currently dependent on the public sector.

That should have helped the public sector-heavy North East, and on the face of it the region has done well out of the fund.

The region had 14 successful bids, which is 28% of all those awarded.

That's more than any other region in the country.

In comparison, London and the South East got nothing despite submitting more than 50 bids.

Five of the successful North East bids were in Teesside.

They include £15m to help the Cleveland Potash mine in Boulby. 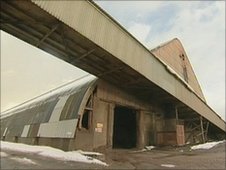 The Cleveland Potash mine has got £15m to expand and create jobs.

It will use the money to mine deposits of polyhalite which lie beneath the potash. It's a mineral which can be crushed and used as a fertiliser, and in some manufacturing processes.

The firm plans to mine the material and process it at a plant in Teesside.

Nifco in Stockton has also been awarded £1.65m to help it develop its business supplying car parts. In particular, it'll be looking to expand its supply of parts for electric vehicles. It hopes to create 128 jobs and safeguard 158 more.

AV Dawson in Middlesbrough have got £1.2m to develop a terminal at Teesport to handle the biomass which will be eventually used to create fuel and food.

SSI, the new owners of the Corus steelworks, has got £1.65m towards training its new workforce.

In all, the Government says the North East's successful bids will create or safeguard 5,216 jobs directly and 8,367 indirectly.

And the successful bids are generally involved in manufacturing, with a bias towards green technologies.

They have also all gone to private companies. Infrastructure projects have not been successful.

That suggests the panel that's making the awards wants to see direct evidence that new jobs will be created. That's far easier to quantify with a new manufacturing plant than it is with a road project or perhaps a conference centre in Gateshead.

And a total of 53 North East bids were rejected in this first set of awards, although they will be reconsidered again in a second round.

Labour then has been quick to pour cold water on it.

It says the £400m given out by the Regional Growth Fund is peanuts compared to £2.2bn paid out in grants by Regional Development Agencies in the final year of the Labour government.

They say there are far more losers than winners, with many projects vital for economic growth missing out.

One Teesside Conservative MP is delighted though.

Stockton South's James Wharton said: "The government is putting its money where its mouth is and investing in private sector growth in this region, I am delighted so many local bids have been successful."

The arguments about the merits of the fund will continue. There's no question there's less money around than there was under Labour, but the Government will argue that it's better targeted.

Pity poor Cumbria though. There were seven bids from the county - none of which appear to have been successful in this first round.

I'm Richard Moss, the BBC's Political Editor for the North East and Cumbria. Welcome to my irreverent - but hopefully insightful - northern take on reporting politics for Look North and the Politics Show.

You can stay up to date with Moss Missives via these feeds.