I haven’t been around the office much this week, and my attempts to glean photographic evidence of what had happened in my absence provided me mostly with very puzzling material.

Thus, volunteering to work on our weeknotes was a rather selfish way to know a little more about what the team had been up to: new radio functionality in snippets, the world service archive taken over by radio drama enthusiasts, internet of things, conferences, website, and more! 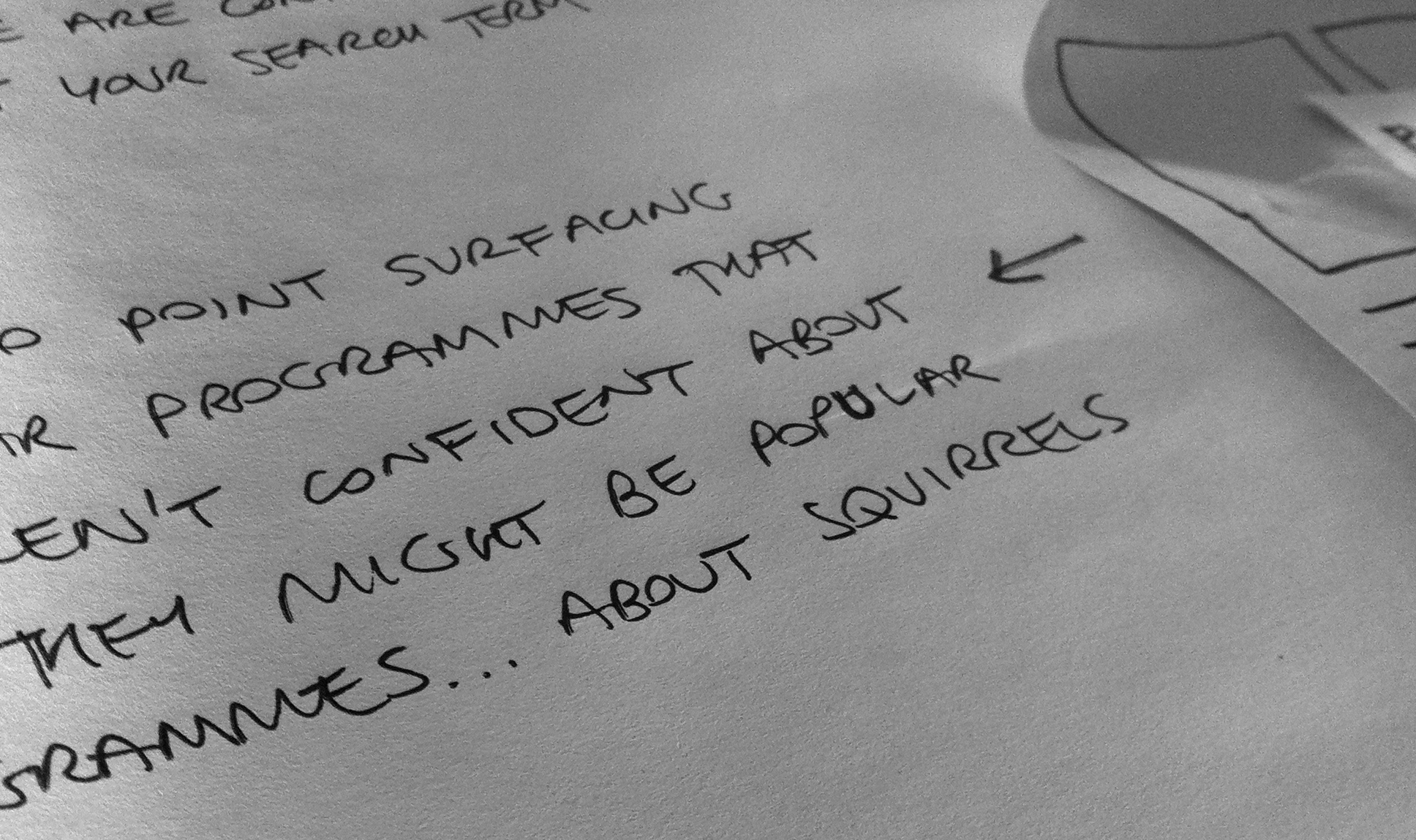 The problem with squirrels

Along with bug fixing and improvements to the existing site, Team Snippets has started the first phase of our new Radio functionality. This is the ability to quickly search radio shows by programme description, contributor and episode title and then facet those results.

Matt H has been collecting data on the project, and James has been working on the transcode service.

The big internal debate this week was on the best way to present this functionality - do you force users to pre-select or do you combine search results from all the datasets? Next week we’ll be roughing out the work in anticipation of prototyping effort in an upcoming sprint. 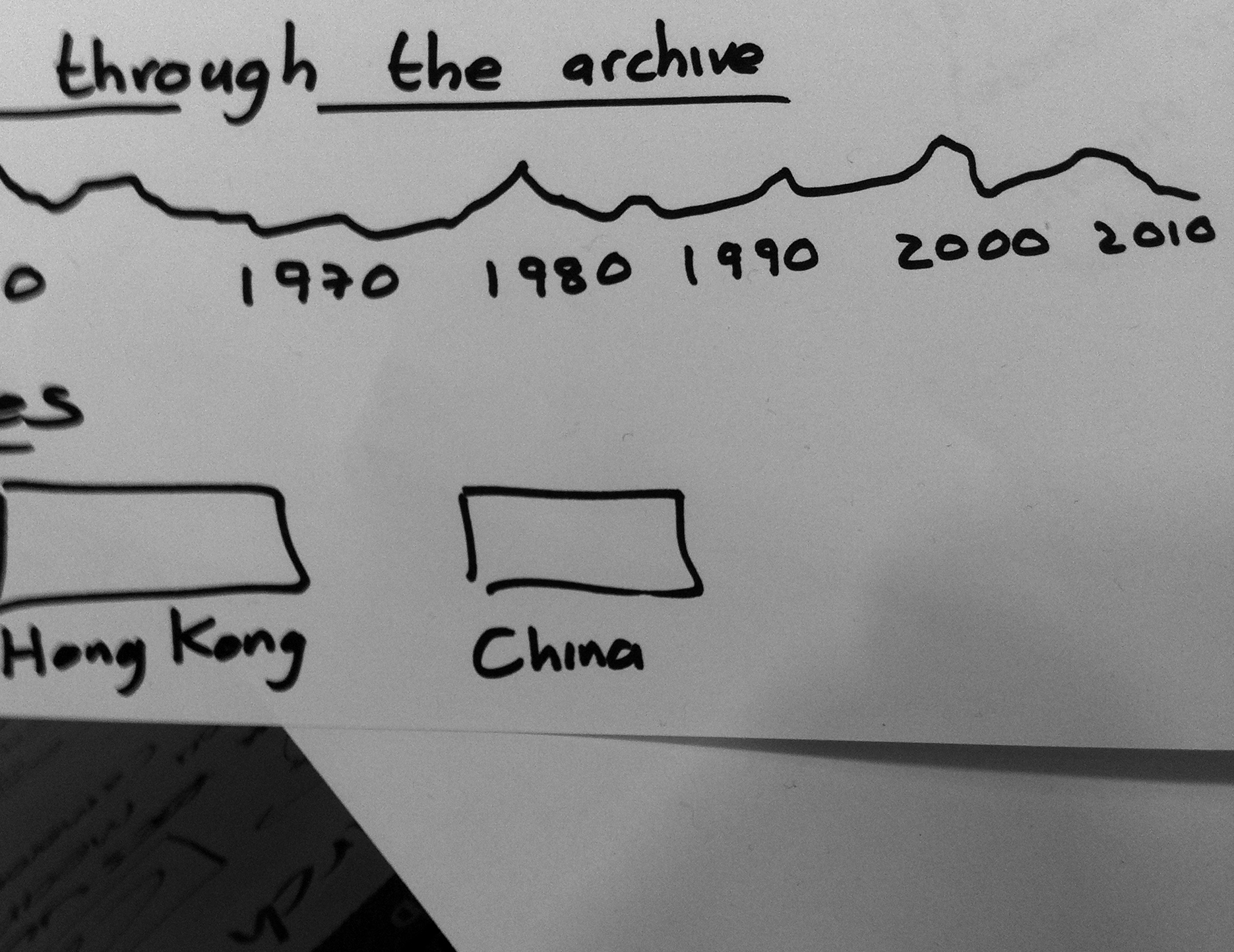 Tristan and Michael have been watching with fascination our World Service archive prototype being picked up by the radio drama community, starting with someone creating a curated collection of the radio drama and plays in there. 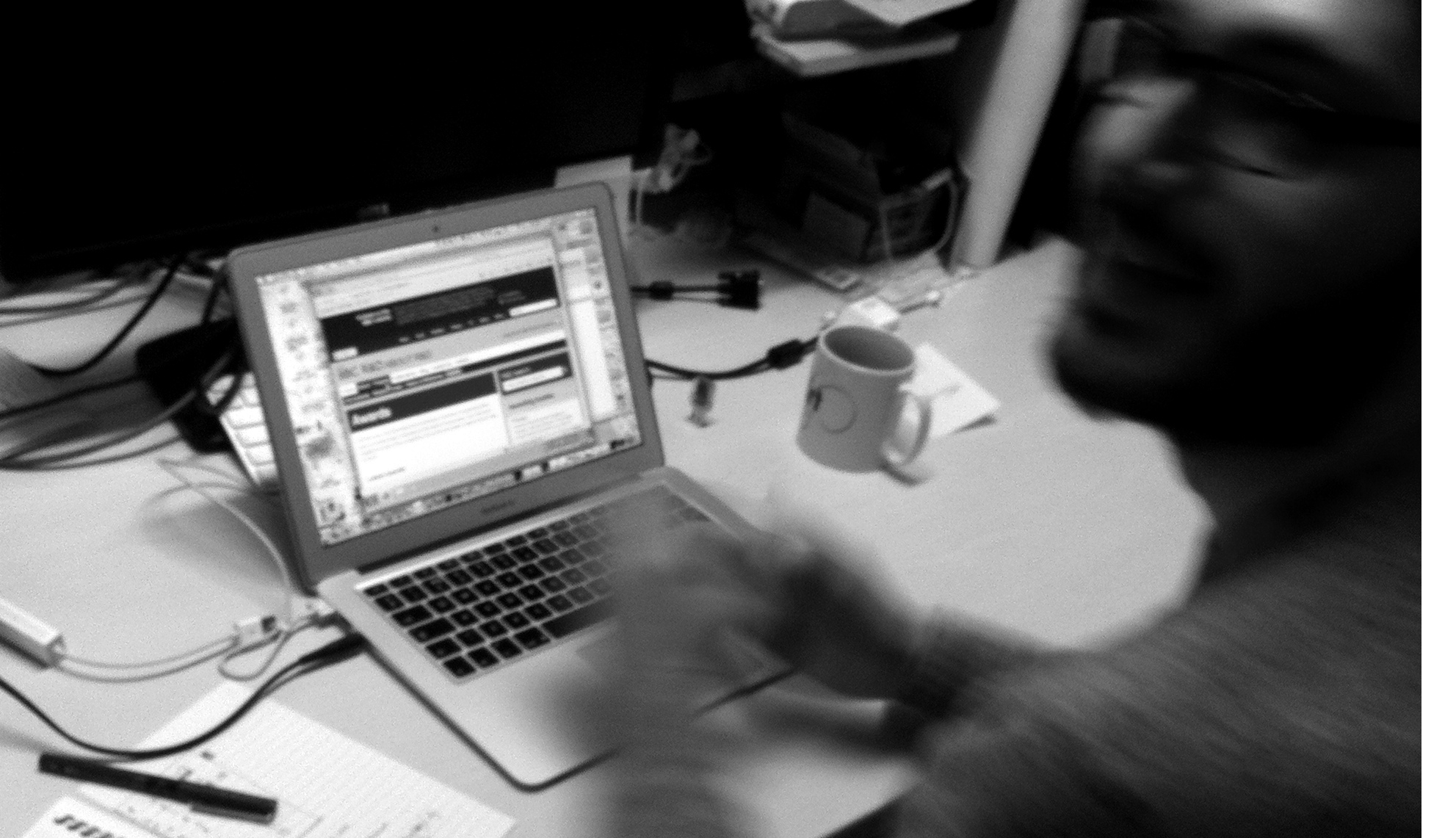 Work is continuing on the R&D website. Akua has been patiently editing content, while Chris Needham authored pages for some of our past projects, notably RadioVIS.

Meanwhile, Andrew has been refactoring the CSS on the R&D website and making use of Microsoft’s recently upgraded testing options. 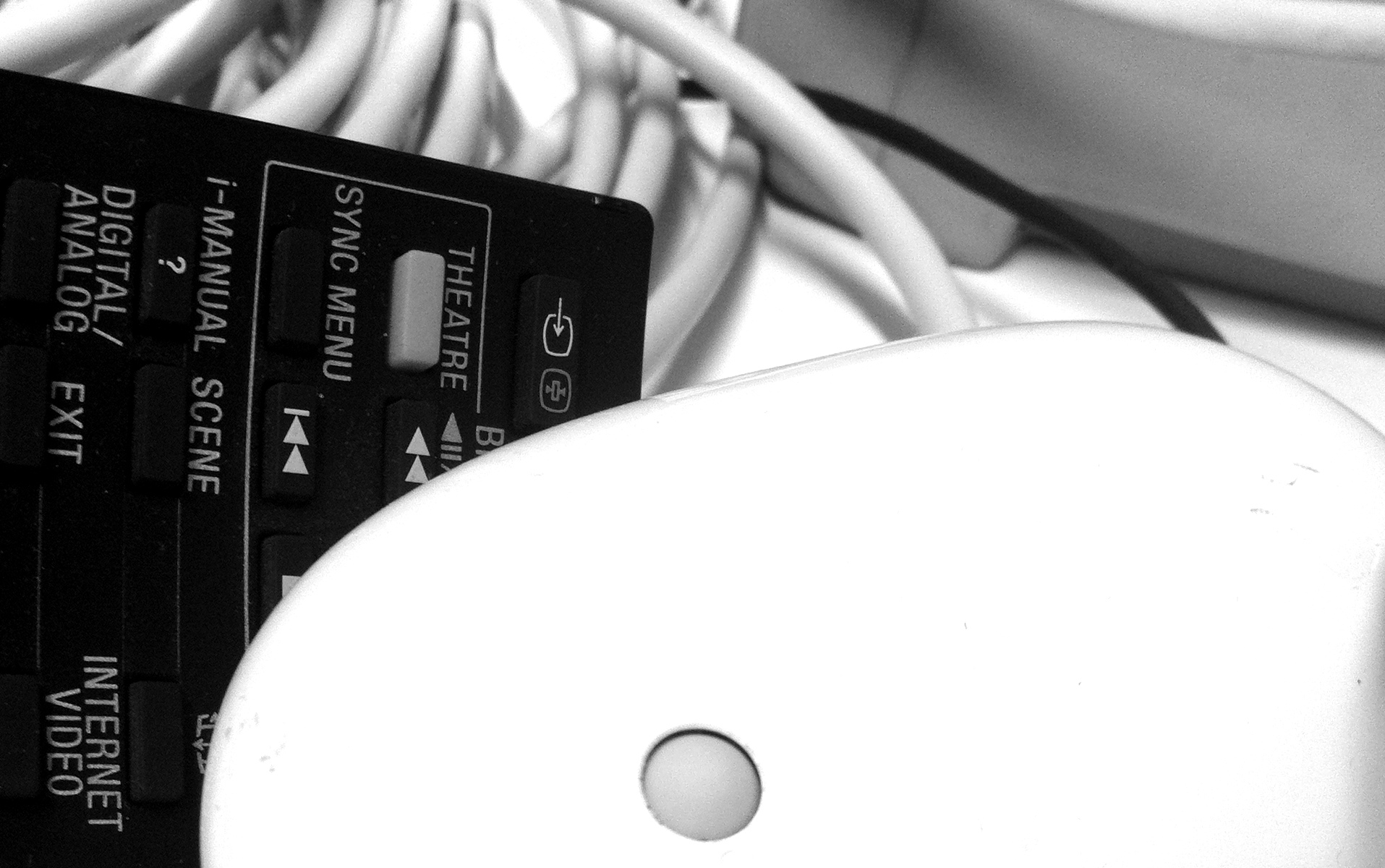 The Internet Of Cables

Internet of Things, Radios and other devices

Jasmine sent me an enthusiastic summary: "This week", she writes, "we have been scoping, exploring, building. We are in an initial phase of research into building a connected sharing and saving device for radio listeners."

This has sparked the exploration of how a single-touch contextual interface (with feedback) could be embedded in BBC programming, and as a route to network/ brand engagement.

We've also been testing and networking microcontrollers via bluetooth.

Also in hacking-devices-land, James is off to the European Broadcasting Union’s Radiohack event in Geneva on Monday to talk about an open source radio contribution link tool (OpenOB), Raspberry Pi radio development, and to learn more about some other projects being undertaken by the maker/hacker community to make radios.

on Thursday, I joined Jory of html5audio.org on stage at the AES “Audio for Games” conference.

We kept our talk about the history of audio on the web to a minimum, preferring to spend most of our hour slot showing cool demos such as Step Daddy, the Infinite Jukebox or Fist Pumper... Most of which currently only work in Chrome by the way, and the latter on iOS6 devices - but the fact that these are using an upcoming standard still being implemented by other browser engines was, well, the point.

Pete has been helping to prepare a presentation for the British Library ‘Opening Up Speech Archives’ conference, which he is attending with Chris Lowis and Theo today. 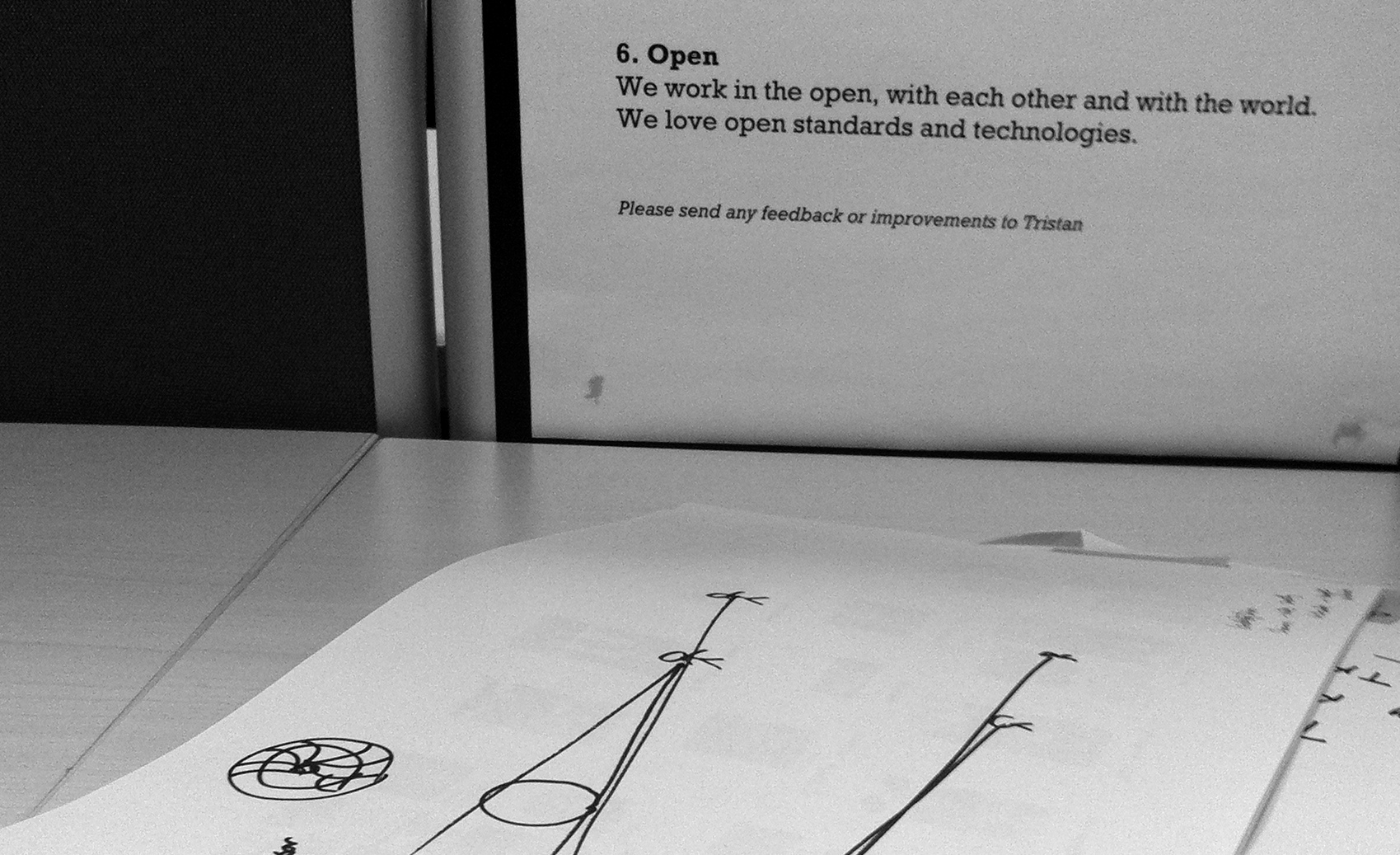 Our curator of links this week is... Tristan: