halfRF on The One Show- that went well!

A few notes from Ken Taylor from the halfRF team who helped make the launch of the BBC Christmas season such a great evening on Tuesday:

As you know, the halfRF Radio Camera was used for the first time for a live broadcast of The One Show yesterday evening. JohnB, Adrian, Tuck, Kevin and I spent a very cold day setting up the equipment in the area around the Stage Door of TVC and in the SIS Live outside broadcast studio OB7. There was a great deal of interest in the system from everyone who saw it – particularly the SIS Live crew and cameramen. 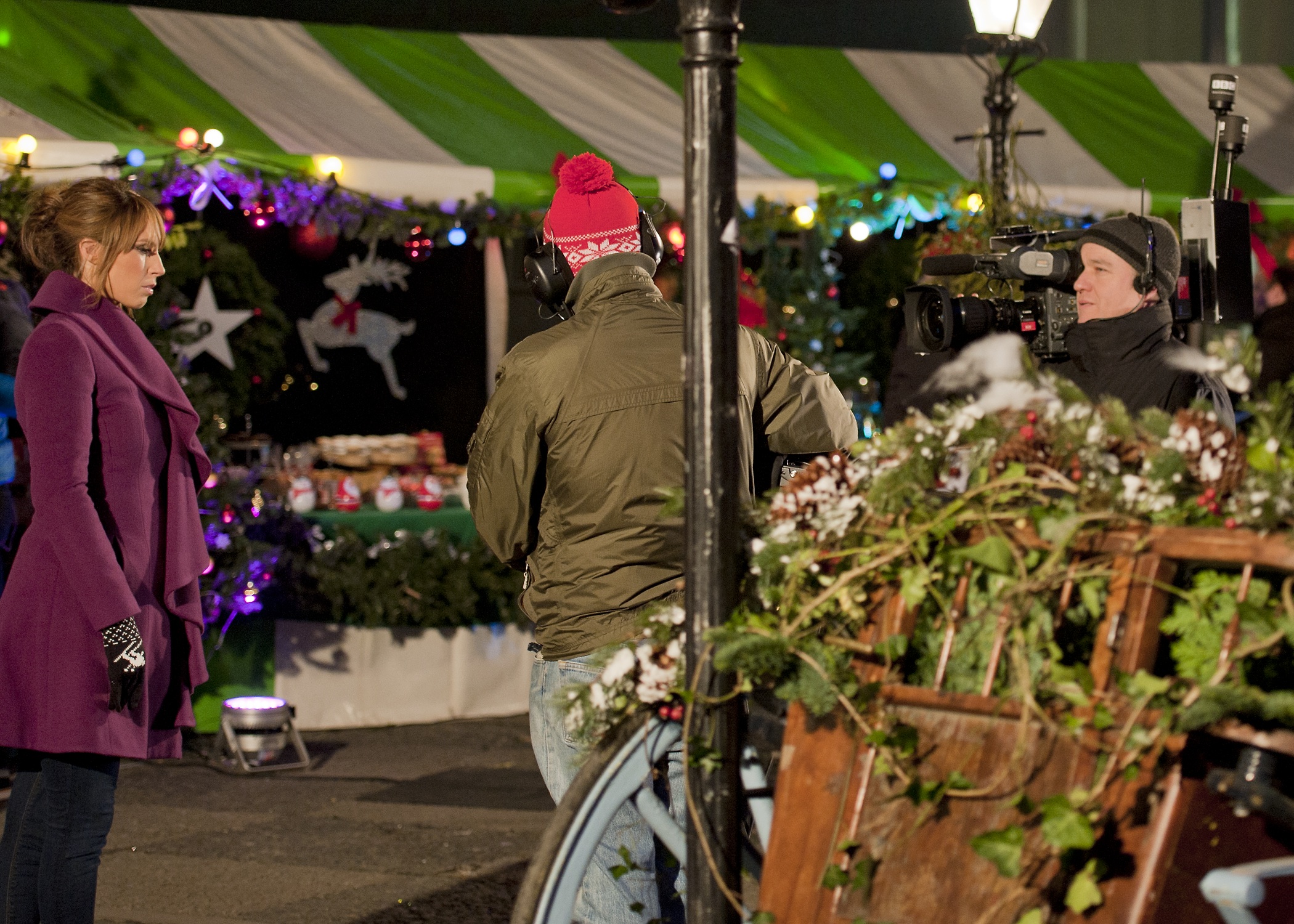 As expected, some of the cameramen said it was a bit big but were happy to understand that it is only a prototype and a properly engineered solution would be much smaller and ergonomically better. They did say however that the balance on the Sony camera was in fact quite good. Martyn, our cameraman for the evening, seemed to be quite happy with it.

Our efforts were rewarded during the broadcast of the live show when the camera was used on numerous occasions particularly in areas where the cabled cameras couldn’t get to because of the crowds of people – at the back of the stage looking forward, around Mike Diilger and the Reindeer and in and around the market area.

The system was completely stable with no breakups at any time and the batteries, which were powering the transmitter, camera and lens and the camera control receiver lasted about an hour.