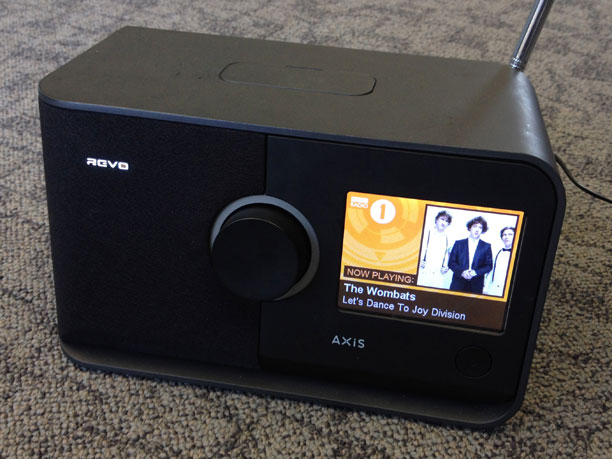 BBC Radio now includes RadioDNS and RadioVIS technologies so when listening on a hybrid radio supporting RadioDNS you will see accompanying visuals - basic station logos for most of the national networks and an enhanced service showing images, live text and more on Radio 1 and 1Xtra.

This service went live at the end of last week, and has been an example of fantastic collaboration between the BBC (my team in R&D, others in Audio and Music, and Future Media) as well as the partners in the RadioDNS project.

RadioDNS allows hybrid (IP/DAB/FM) radios to select appropriate IP-delivered content or services for the broadcasts that they are tuned to. It means we as a broadcaster can create applications which run on any compliant device, meaning we don't have to reversion or rewrite.

To enjoy the service, just tune your RadioDNS compliant radio to a national BBC network - it'll appear like magic. The Radio 1 and 1Xtra services are built from the same systems that power their respective homepages, allowing us to automatically reuse content across devices with zero extra effort - it's truly cross-platform.

Receivers which support the standard are now available in the shops, and our colleagues in UK commercial radio and around the world have also been busy launching services - meaning your radio just got smarter.

We first started working on experiments with RadioDNS around 3 and a half years ago and have learned a lot along the way. The services launched are only the beginning - now that the service is live, we can build on it with other, newer features like tagging, bookmarking or synchronisation.

We'll be around at the IBC convention this weekend, mainly in 8.F48, demonstrating our work on the World Service Archive, but will also be in the EBU Village (10.F20) showing some of our RadioDNS work too - come and see us.

There's more info about the IBC events on some of the other RadioDNS partners' sites ( mediaUK, EBU ) as well as radioDNS itself, showing how important cross-border collaboration and friendly, standards-based competition is to the radioDNS project. Thanks to everyone involved in this.