Setting a dj challenge at the Mozilla Festival

Last weekend staff from BBC (including R&D) took part in the Mozilla Festival at Ravensbourne College of Design & Communication, London. The weekend event was aimed at exploring the areas of web and digital media freedom based around a whole series of theme related challenges and this year the BBC got involved by setting challenges around the future of DJ'ing. 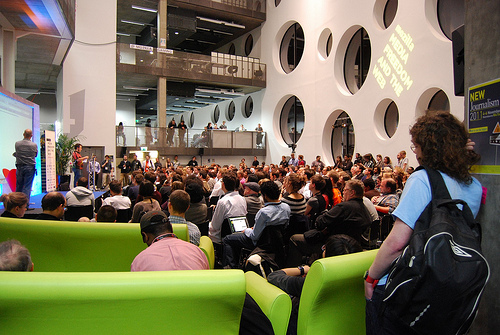 The event is based around a whole series of theme related challenges and BBC R&D was involved by setting the challenge around the future of dj'ing.

Djing was once a cutting edge expressive art form. But in recent years has been over taken by technological advances in making and generating music. With over 50 dance djs on the BBC’s airwaves, who better to take up the challenge and reinvent the dj of the future? 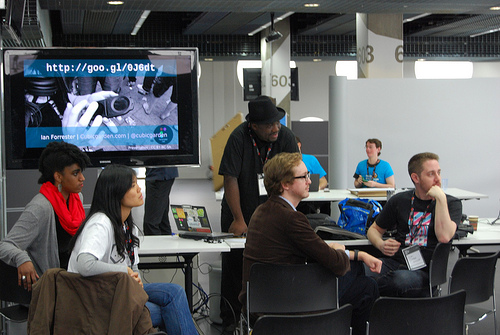 It wasn't only BBC involved in the challenge, as we have teamed up with FutureEverything with plan to take the best ideas / prototypes from the challenge into the FutureEverything Festival 2012 programme in Manchester. We were also joined by ex Radio 1 & 1xtra senior producer Hugh Garry and Finn Stamp who helped give a real perspective of the current state of DJ’ing.
The challenge started off with an open Q&A session ranging in themes from how technically do you DJ compared with what a VJ does? 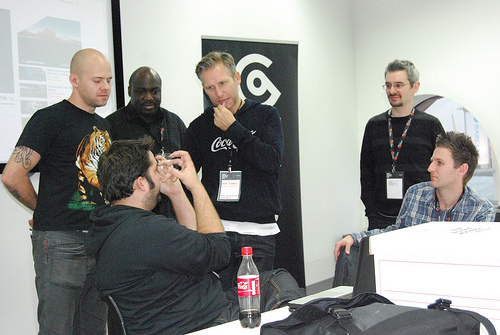 After the first day, the following strong themes were taken forward:

There were others but these two are the ones which we will be taking forward. 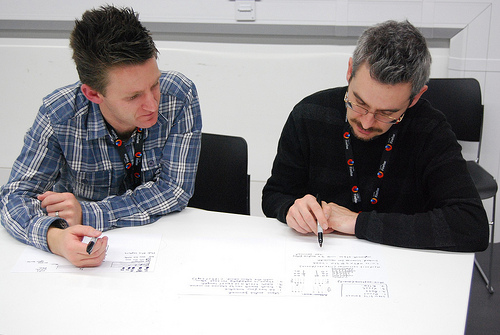 One team made progress on the first idea reusing the OGG wrapper format, as it supports multichannel sound and can support additional elements. Although players like VLC can play it back no problem, the challenging part is when you can DJ with it - this currently tends to be only in custom systems.

A second team focused on the challenge of sensors in club environments, began by trying to describe elements of the clubbing experience and how that could be pulled together using wearable devices which would generate sensed data that could be aggregated together and relayed to the DJ's.

The Mozilla Festival was all about the start of ideas, now comes the real challenge of collaboration and innovation. Keep your eyes peeled at FutureEverything for future development with the DJ challenges...