After five great years the servers are finally powering down on the inspiring project that was BBC Backstage.  As a way to look back on the journey we commisioned Suw Charman-Anderson to create an eBook retrospective of the whole project. 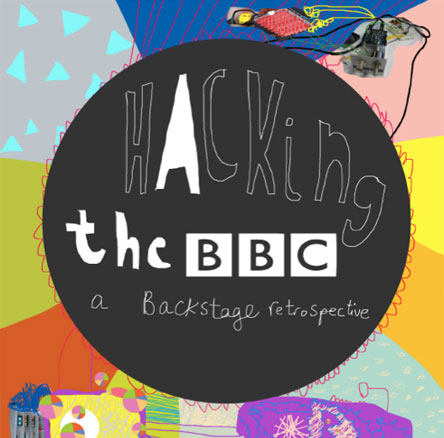 The BBC Backstage ebook- a celebration of five years of this groundbreaking project. Design by Nicola Rowlands

Suw, editor Jim McClennan and the designer Nicola Rowlands have put together an amazing piece of work which is an excellent introduction to the Backstage phenomena, and also serves as a fitting tribute to the efforts of the many staff and friends of the project over the last half decade.

Hat tip to all our colleagues who worked on this book and the project long term, not least Brendan Crowther and Ian Forrester most recently, and down the years such luminaries as Jem Stone, Ben Metcalfe, Tom Loosemore, Matt locke, Matt Cashmore, Rain Ashford and many more.

The data sets and license for Backstage remain active and are being migrated into a centrally managed public facing developer documentation area- it's a transition from experimental to "business as usual" that represents the maturation of the Backstage ideal.  The work of Backstage will live on, and on this blog we welcome feedback on the five years of the project, and on developments in this area in the future.  The BBC Internet Blog will also be available for discussion of the BBC's open data policy.

Jemima Kiss has a great post on the Guardian PDA blog about the end of Backstage which includes quotes from an interview with Ian and Adrian Woolard.