During the course of the last series of Another Country producer Richard Murdoch and I began to talk about all the great Country music movies we had enjoyed. It was partly prompted by the release of Crazy Heart then we were reminded about O Brother, Where Art Thou because we featured the music as one of our "Beginners Guide to Alt Country" albums. So, I started collecting film titles to add to the list of great Country movies. The redoubtable Richard Wooton (who is a publicist for some of the acts we feature and a confirmed Country music fan) joined in. By May I had a list of around 30 films. 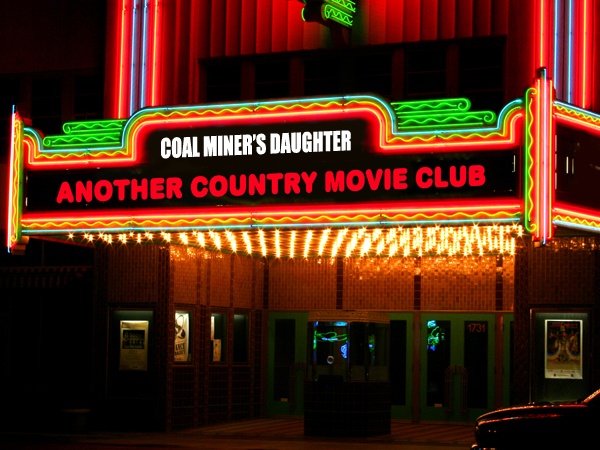 So where do we start? It will run a bit like a book club - (except it's virtual and we're chatting film!) We plan to talk about any given current film over a month of shows. During that month we'll feature music from the movie and give you as much information as we can about it. For your part, you can hire, beg, steal, borrow or even buy the DVD in question and we can talk about it here on the Radio Scotland blog. We are currently exploring the possibility of the occasional live screening where we can all meet up, watch the film and have a real time blether. That would be great - so any help in that department is very welcome.

For August our film is going to be Coal Miner's Daughter, Starring Sissy Spacek, Tommy Lee Jones and Levon Helm. In case you haven't seen it, it's the bio bic of Loretta Lynn and it's a real classic. Plenty there for everyone to get their teeth into and it seems to be widely available. You can tell us where you plan to watch it and we'll direct you towards a date when we can all chat about it - hopefully at the same time. It would be great to see your suggestions here on the blog.

I hope this will be fun and ultimately we will all enjoy the films and get turned on to some music we haven't fully explored before.