Matthew Hollis' Now All Roads Lead to France on Bookclub

Editor's note: This episode of Bookclub is available on Sunday 1st November and will be available to listen online or for download.

If you mention the name of the poet Edward Thomas, the most common reaction – after a moment’s thought  - is a probably a question. Didn’t he write Adelstrop? He did, of course, and that picture of a deserted railway station in Oxfordshire in the summer of 1914 is a haunting poem that has stayed in the public memory. But Thomas’s reputation is built on much more than that, lovely though it is. In this month’s Bookclub, we talk to Matthew Hollis – a poet himself – about his account of Thomas’s life, Now All Roads Lead to France (a line from one of his own poems) which uncovers his story before he signed up – at the quite advanced age of 37 – in 1915. The case that Matthew makes is that Thomas is a more important figure than many people think. He goes so far as to say that with his friend Robert Frost, whom he met in the autumn of 1913, he compares with T.S.Eliot and Ezra Pound, who’re usually thought of as the fathers of modern poetry. 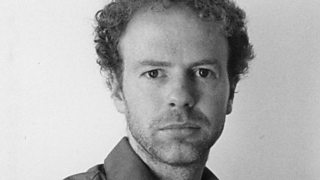 His first meeting with Frost, in Matthew’s account, was extraordinary, because Thomas was in the grip of suicidal thoughts, which he’d confessed to his fellow-poet Walter de la Mare. On that day, he’d bought what he called a “saviour” – it was either a gun or some poison – with which he might do away with himself. But his life changed when he met Frost and they talked about poetry…and particularly when they began to walk together, which they did for hour upon hour.

By 1915, with the war under way and young men heading to France in droves - largely in ignorance of what was waiting for them there -Thomas had found a distinctive poetic voice. As a prose writer he’d associated with the group of writers known as the Georgians before the war, and he was a prominent figure on the London literary scene, but it was the bond with Frost that seemed to give him new inspiration. One of our readers commented that it was almost as exciting to read of Thomas’s discovery of his true voice as to read the poems themselves. Matthew said, ‘Thomas drew out of a prose notebook from earlier, and one of the unusual things about him is you can see that hinge as he moves from prose into poetry  - as he uses his prose to get to his poetry.  It was the story that had always been there for him and he was waiting for someone to take the lid off.’

Frost was the agent of that transformation, and for those of us who love his poetry, it seems such an obvious relationship given what Thomas subsequently wrote. And it brought us, of course, to Adelstrop, that station where Thomas’s train stopped ‘unwantedly’ on that summer day and where he thought he heard all the birds of Oxfordshire and Gloucestershire. Matthew read the whole poem for us and reflected on its power.

Maybe, he thought,  it was because it speaks of a world that had slipped away – a world of lost opportunities – and spoke of his own feeling that time and memories are ‘spaces you can move between if you can find the right hinges and doors to pass through.’

Our conversation about a book that won the Costa biography prize and is a moving account of a poetic life also revealed what it’s like for one poet to try to get inside the mind of another.  Matthew's closeness to Thomas become clear : he found writing about his last days in 1917 very difficult, because he was able to count down the days to his death on the battlefield conscious that Thomas had no knowledge that the end was coming.

It’s a convincing and moving biography, bringing to life a writer who seems more contemporary than you might expect. This is how Matthew put it, ‘It’s striking when you read Thomas now that you wouldn’t think that it was poetry that was written 100 years ago, or even prose of 100 years ago, it feels completely timely and completely modern, and I think that’s one of the things we pick up on and some of the things we now take for granted about our environment are things that he was one of the earlier writers to point out to us.’

I hope you enjoy the programme. The next book to be reading is Lee Child’s Killing Floor, the first of his worldwide best-selling thrillers featuring his hero, Jack Reacher.  And you can hear that edition on Sunday 1 December at 4pm on Radio 4.

Listen to Matthew Hollis discussing his book 'Now All Roads Lead To France' with James Naughtie and a group of readers.

Radio 4 Quiz: In the 1938 Orson Welles radio broadcast of The War of the Worlds, where did the first Martian machine land?

Feedback: Is there now equality in radio?